We thought we might stump you with some of our questions about one of the most admired character actors of the 40s through the 60s.

There’s our man, Walter Slezak, assisting Tallulah Bankhead in Alfred Hitchcock’s 1944 thriller Lifeboat. The role of a ex-U-Boat captain who methodically takes charge of a desperate group of American and British survivors hanging on to dear life in a creaky old-fashioned lifeboat was easily the most noted of his career.

The picture, much to the displeasure of some critics, played Slezak’s character as a very bad guy with a benign good streak. The latter is shown above. The meaner (after all, the guy was a Nazi) is shown below. 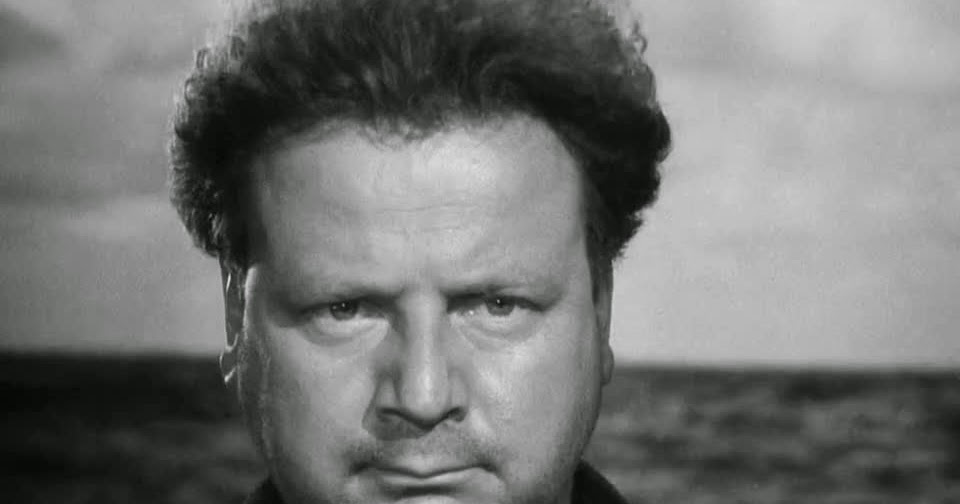 It’s interesting to note that Slezak followed his performance in Lifeboat with a far lighter turn as a feisty pirate in the 1944 Bob Hope comedy, The Princess and the Pirate. The actor was nothing if not versatile.

Ok, on the answers to our Walter Slezak Quiz.

Answer: The story goes that Slezak encountered (d) Michael Curtiz (ne Mihaly Kertesz) in beer garden in 1920, and was convinced to try acting in silent movies. Curtiz went on, of course, to a distinguished Hollywood career (Casablanca, anyone?).

2) Question: Slezak was a slender matinee idol in German films of the 1920’s. (See above.) Yet, he was always pretty chubby in his Hollywood movies.  What happened? a) He made a conscious decision to give up romantic leads for more inspiring character roles; b) He never particularly cared about his waist line; c) He was a gourmet cook who relished the tasty dishes he prepared; d) He battled a long term illness which put on the pounds.

Answer: Slezak was a very good cook and (c) he very much enjoyed what he prepared. His silent movie career in Germany in the 1920’s took a turn when the actor became too corpulent to convincingly play a romantic roles. A character actor was born.

Answer: (c) Slezak won a best actor Tony Award for his role in the 1954 Broadway musical Fanny. His very good singing talents were largely overlooked in Hollywood. There he is warbling above with Fanny costar Ezio Pinza.

Answer: (c) Slezak had been suffering from several illnesses, and had been despondent for some time.

BONUS QUESTION:  What did Slezak and Hedy Lamarr have in common?