He appeared in over 180 movies.

Did he eclipse, say, W.C. Fields in the drunk characterization category? Hear us out and then you decide.

He was born Mortimer J. Naughton  in 1882 in Brooklyn, N.Y., and passed away 61 years ago. Jack Norton was a prototypical classic movie character actor, appearing (credited or not) in some 20 movies a year. You may not recognize his name, but he certainly worked a lot.

Not unusual for a performer of his time, he started in vaudeville, a comedy act with his one and only spouse (Lucille Healy).  Then the Broadway stage in the mid Twenties and movies by the mid Thirties. His first full length feature, the 1934 romantic comedy Finishing School, costarring Frances Dee and Ginger Rogers, locked Norton into his career specialty. He played a drunk. 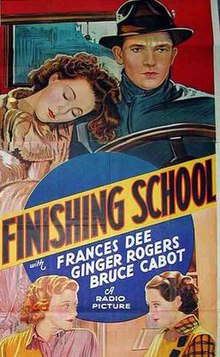 Norton took to his inebriated stereotype, and offscreen closely observed the behaviors of actual drunks to pick up a tip or two. Main cast movie credits came in the Forties with 1945’s A Guy, a Gal and a Pal, directed by Budd Boetticher.

Norton proved to be a favorite character actor of director Preston Sturges, who cast him in five of his films.  And — it had to happen.  Norton is perhaps best remembered today for his role in 1940’s The Bank Dick, the wonderful comedy starring W.C. Fields. Norton is the hammered film director while Fields’ character, hardly a stranger to the bottle, is named Egbert Souse, with accent on the final ‘e’.

By 1947, Norton was pretty much out of the movie business, largely due to a number of illnesses. He made some live tv appearances in the Fifties, and wound up on The Honeymooners series with Jackie Gleason.

Final note:  although he made a nice living playing drunks in the movies, Norton didn’t drink.  He was a teetotaler.  Now that’s acting.