‘THE LADY EVE’ and ‘THE PALM BEACH STORY’ — Two Classics

If he had only made these two comedies it would have been enough to assure his place in Hollywood history.

Let’s fete them both as part of our week-long celebration dedicated to the work of Preston Sturges.

The first, 1941 ‘s The Lady Eve, has been justly described as perhaps the most accomplished and enjoyable of all the director’s movies. It gave Henry Fonda one of his first important comedy roles, and reinforces just how good Barbara Stanwyck can be in a Sturges film — cool, witty, sexy and dominant.

(As you no doubt have noticed, this is a French one-sheet for the movie.  The title here translates roughly as, “the heart sets a trap.” Indeed, Stanwyck does.)

The production was the director’s first big budget feature for Paramount, and featured Fonda as a naive, millionaire snake collector returning to civilization from an an Amazon expedition. He meets and falls in love with Stanwyck’s character, a hustler who poses as a British aristocrat in order to hook her man.

At one point in the film. she describes to him her past romantic encounters, detailing a list of her earlier love affairs while the train they are riding hurtles through a number of tunnels. The imagery and sound mesh beautifully. The millionaire’s jealousy increases as does a growing storm outside.

Kudos to a solid supporting cast: Charles Coburn as an old con artist; William Demarest as a faithful bodyguard; and Eugene Pallette as the millionaire’s tycoon father. A wonderful picture. 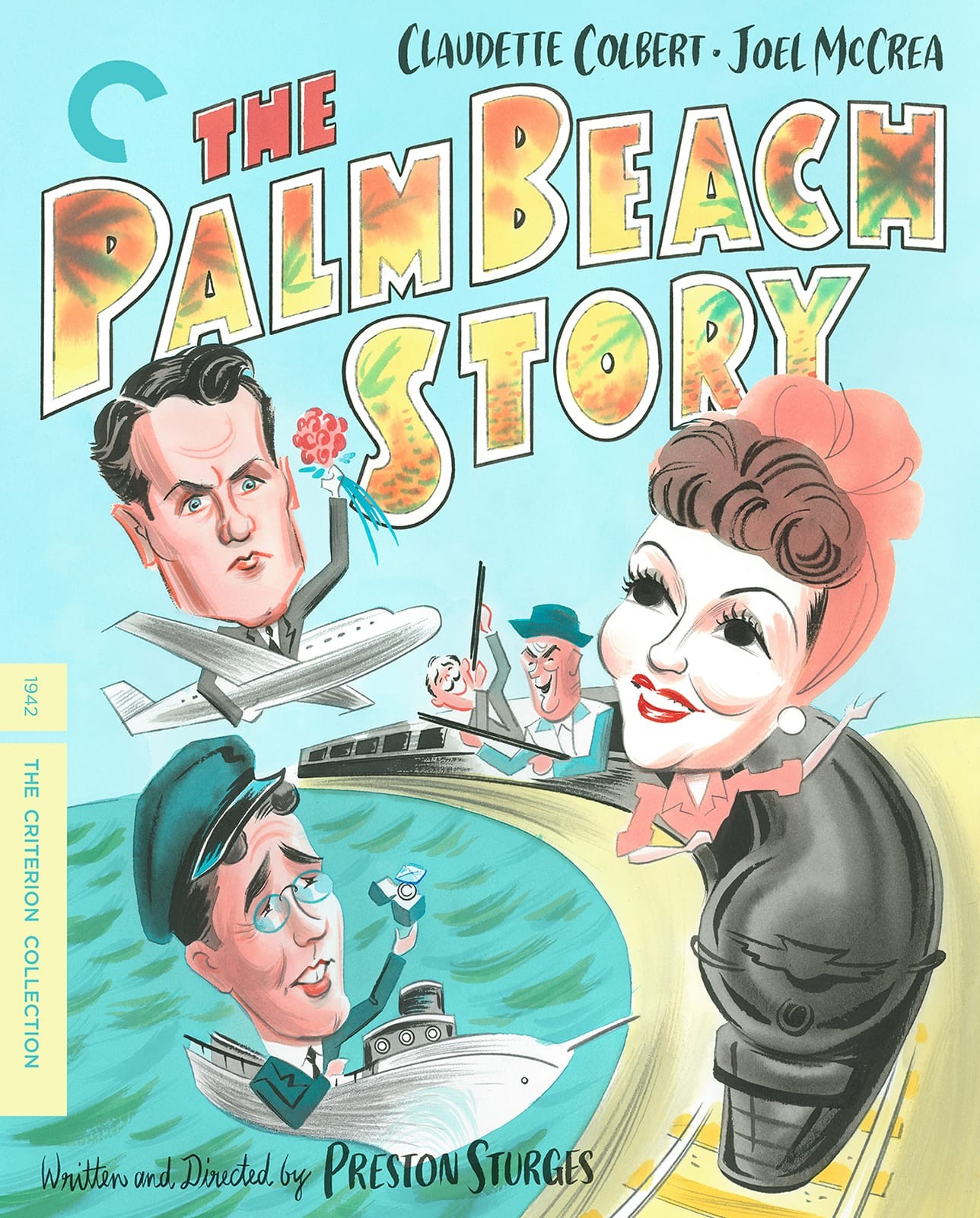 The movie has been termed an “almost perfect comic masterpiece.”

A biting satire of ambition and greed has Claudette Colbert departing her penniless husband (Joel McCrea) for Florida in hopes of landing someone substantial — with money. In the running is a melancholy billionaire (Rudy Vallee) who wants to marry Colbert.

Complicating things, the abandoned husband takes off for Florida himself, and becomes the romantic target of the billionaire’s romantically aggressive sister played by Mary Astor. Love wins out in the end after several knotty twists including the married couple posing as brother and sister, and an inventive use of identical twins to resolve matters. Great Sturges material.

That’s the director (below center) with his The Palm Beach Story principals.

What’s perhaps most important about The Lady Eve and The Palm Beach Story?

They are Joe’s favorites.