Yes, she was a top leading woman…. at Republic. (That’s because Republic offered her $250 per week, $100 more than MGM proffered.)

But back to the beginning.  Frazee was born (depending on the source you believe) either in 1915 or 1918 in Minnesota as Mary Jane Frehse. And talk about a child performer: she and older sister Ruth formed a vaudeville singing act, The Frazee Sisters, when Jane was just six years old.

The duo got some traction and notched some seven movie appearances in the mid to late 1930’s. Things went sisterly south in 1940 when Jane alone was offered by Universal a leading role in the bottom of the bill feature, Melody and Moonlight.

Other Universal musicals followed notably the Abbott and Costello 1941 comedy blockbuster (at the box office) Buck Privates; and the same year’s Hellzapoppin’ with Ole Olsen and Chic Johnson.

At Republic in the Forties she appeared in westerns including several costarring Roy Rogers. Frazee for a time replaced Rogers’ wife, Dale Evans, in some “King of the Cowboys” epics. She costars with Rogers and Andy Devine in 1948’s Under California  Stars.

By the mid-Fifties, Frazee was effectively out of the business. She retired to life in the real estate business, and died in Newport Beach, California in 1985. Never a fantastic beauty, she lent a well-tone bounce to almost everything she did (see below). 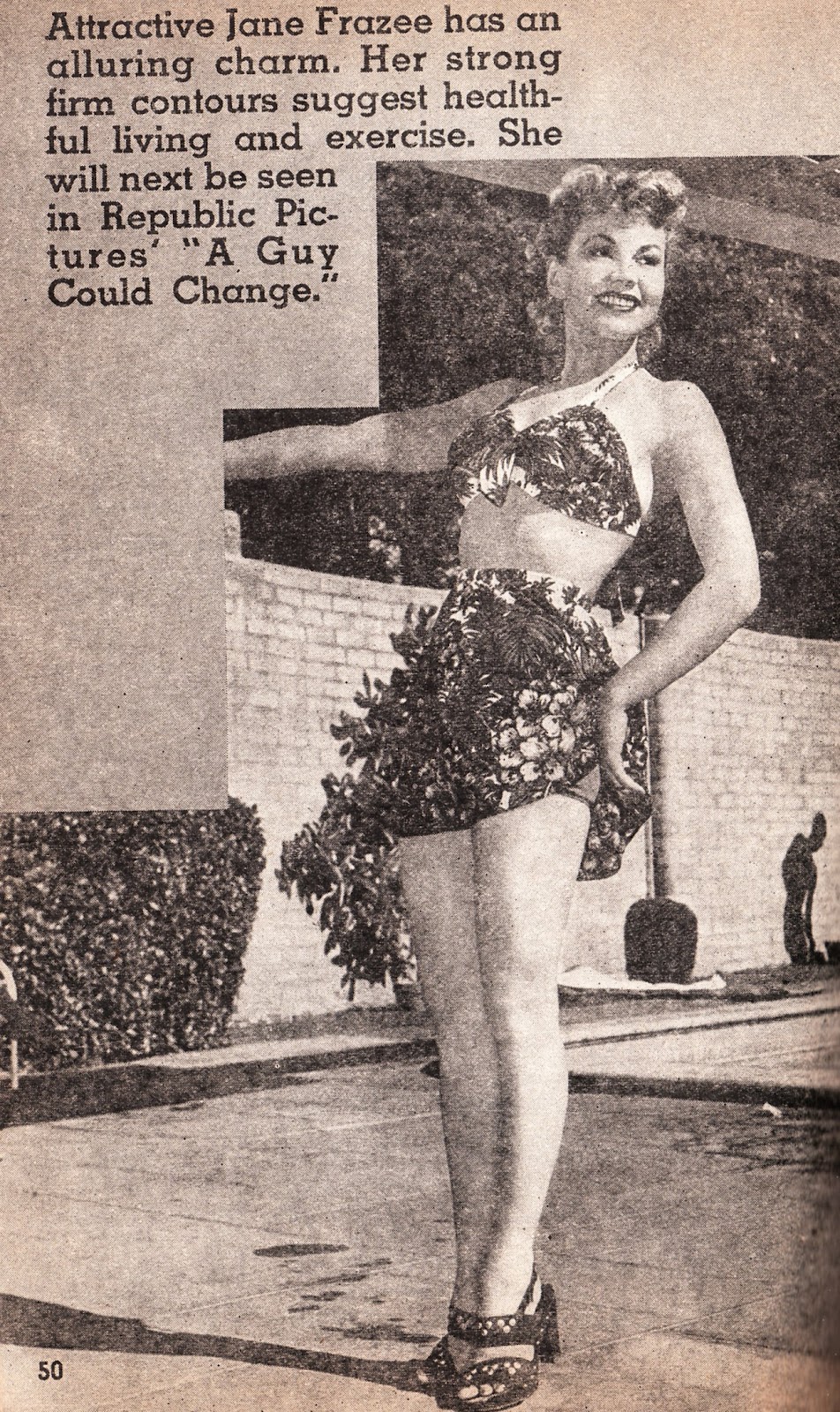