A minor controversy in the normally placid classic movie world accompanied the 2012 publication of the randy memoir, Full Service: My Adventures in Hollywood and the Secret Sex Lives of the Stars, by Scotty Bowers with Lionel Friedberg.

The book was a highly detailed (sometimes nauseously so) tell-all about the sexual preferences a gaggle of Hollywood stars (many British) in post-World War II Hollywood. Many of the book’s assertions were not new but some were.  In any case, it’s fascinating reading.

Well, here we are a half dozen years later, and Full Service is now the subject of a newly released ‘documentary feature’ by Matt Tyrnauer — Scotty and the Secret History of Hollywood —  featuring the 95-year-old Bowers expounding on his tell-all tome in what critic Joe Morgenstern calls a “cheerfully matter-of-fact voice.” 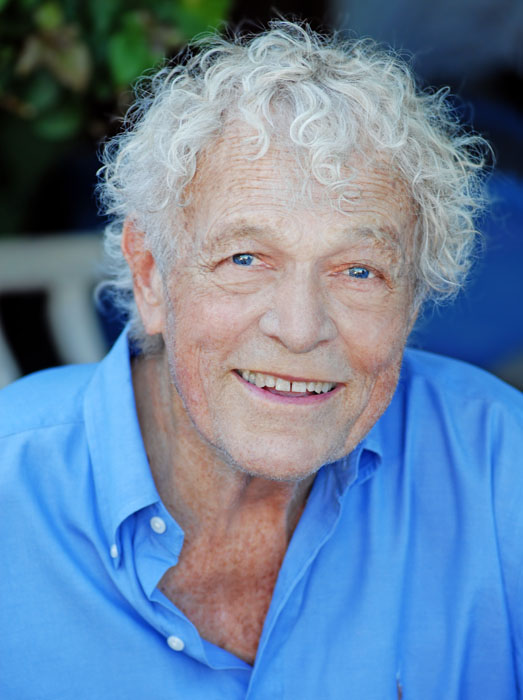 Morgenstern is direct about Bowers: Simply put, (he) was during a good part of Hollywood’s golden age, a pimp to the stars. Less simply put, he was a pansexual pimp and an unquenchable hustler.

Bowers came from the Midwest, served with the Marine Corps. in the Pacific and settled in Los Angeles immediately following his WW II discharge. He found himself pumping gas at a filling station at the corner of Van Ness Ave. and Hollywood Blvd. (near the Paramount studio).

One day, he claims, Walter Pigeon drove by, and invited Bowers to parttake in a sexual triangle involving the actor and another man.

Bowers accepted, and thus, according to his book, began the formation of a secret prostitution ring catering largely to gay and bisexual men and women, many familiar stars. For a selection of big names in the Forties and Fifties, Bowers was the go-to guy to arrange that illicit rendezvous.

For the record, he insists that he was never a pimp. And, despite his personal involvement in countless homosexual “tricks” over decades, he maintains he always has preferred sex with women.

Bowers says he arranged multiple gay liaisons for director George Cukor, composer Cole Porter, and even the Duke of Windsor. He numbers character actor Franklin Pangborn as regular client. There are by-now familiar assertions in his book about the household sharing of Cary Grant and Randolph Scott, and more information on Rock Hudson.

Here’s a item from the book about Vivien Leigh. At the time working as a bartender-caterer of celebrity parties, Bowers claims to have had an assignation with Vivien in a guest house on the estate of her close friend, director Cukor, just as A Streetcar Named Desire was going into production in the early Fifties.

She was a hot, hot lady, reports Bowers. She was very sexual and very excitable…That night we screwed as though the survival of the world depended on it…She had orgasm after orgasm and each one noisier than the last.

Reading an explicit account of an encounter with Charles Loughton requires a sturdy stomach to digest. That kind of behavior may seem disgusting but, you know, it’s surprising how much of it goes on, writes Bowers in his Happy-Hooker prose style. So who was I to judge? To each his own.

Tyrone Power and Laurence Olivier are depicted as harboring “unusual fetishes.” Bob Hope is said to have preferred paid heterosexual encounters with older women that were efficient — short and presumably sweet.

The book’s most controversial claim is that Katherine Hepburn was a confirmed lesbian with complexion problems, and that Spencer Tracy  indulged in sex with men. Bowers dismisses the time-honored image of the pair as longtime lovers, virtually an old-married couple.

Interestingly, according to Morgenstern, Bowers comes across in the new movie as companionable, disarmingly likable, honorable by his own lights, unfailingly amiable and kind to animals.