From the Golden Age of Hollywood only one man had 11 Oscar nominations.

Of course all of Olivier’s nominations weren’t in the Acting categories. Remember, he also produced and directed.

There’s no question that Olivier was among the most lauded actors of mid-20th century.  Besides his considerable Oscar action, he won a raft of Golden Globe and Primetime Emmy Awards nominations, which resulted in five Emmy and three GG wins.

His stature among his Hollywood peers was such that he won not one but two honorary Academy Awards — one in 1979 for his body of work and the “unique achievements of his entire career”; and the other three decades earlier for “outstanding achievement as actor, producer and director in bringing his adaptation fo Shakespeare’s Henry V to the screen.” 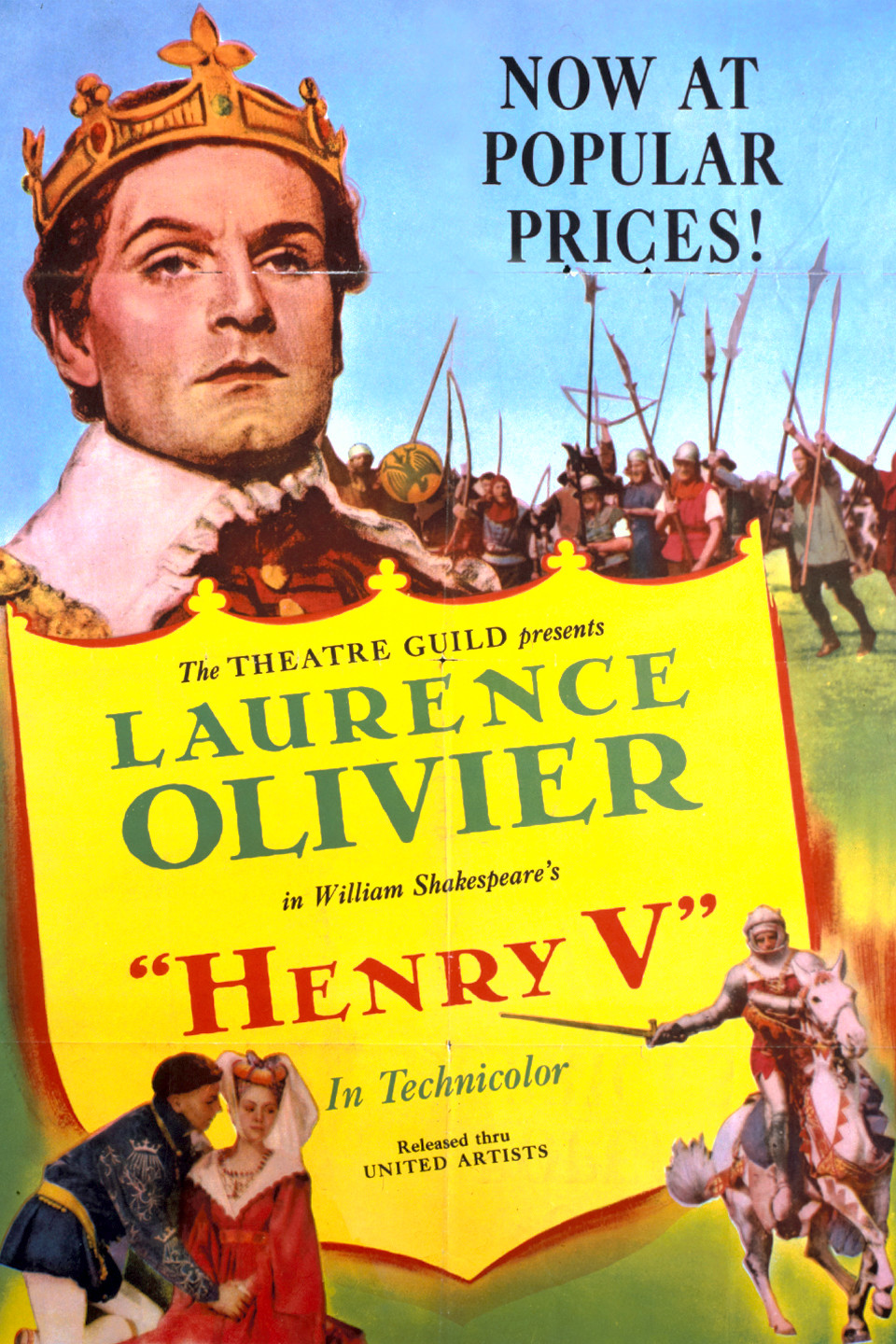 Ironically, given his honorary accolade, Olivier was nominated — but did not win — the best actor award for Henry V. The competition was fierce in 1947, and was capped by a Fredric March win for his performance in The Best Years of Our Lives. (James Stewart was also up for a best actor citation that year for It’s a Wonderful Life.)

In any case, Henry V is a gloriously spectacular film, graced by one of the best musical backdrops ever written for the big screen — by British composer William Walton. Said Olivier: It is the most wonderful score I’ve ever heard on a film.

Olivier did win a best actor Oscar two years later for his 1948 version of Hamlet. (See photo at the top.) He was also nominated that year as best director of the film.

Of these we — as was Olivier — are especially fond of the actor’s performance as the unscrupulous, burnt out musical hall entertainer, Archie Rice, in the film version of John Osborne’s play, The Entertainer.

Olivier regarded the role as among his best, not least because his costar was future wife, Joan Plowright. (The couple married in 1961 shortly after Olivier’s divorce from Vivian Leigh.)