As mentioned, he may well be been the finest character actor/STAR Hollywood ever produced.

The former Laszlo Lowenstein from somewhere in the old Austro-Hungarian empire was almost as bizarre off screen as he was on — in nearly 155 movie and TV credits spread over two continents and a 35-year career.

As much as you might know about this superb actor, we’re hoping that we were able to stump you with our quiz, and perhaps add an informative point or two.  Now, on to the answers.

1) Question: Lorre first made his movie acting debut playing a child murderer in Fritz Lang’s 1931 German classic, M.  What convinced Lange to cast the then unknown actor? a) The director was contractually obligated to do so; b) Lorre agreed to work for very little money; c) The German actor that Lang originally sought was not available; or d) that Lorre’s angelic appearance at the time was perfect for his grisly role. 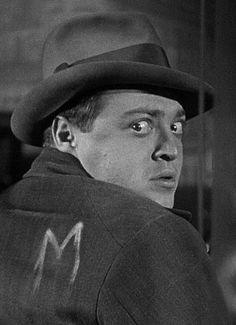 1) Answer:  d) Fritz Lang, the director of M, was convinced that Lorre, then an unknown and untried actor of round body and angelic face, would be perfect for the lead as a child murderer.  Audiences would believe that no human being looking like Peter Lorre could commit these horrible murders, said Lang.  He was right.  Lorre’s performance is an unexpected, split personality tour-de-force.

2) Question:  M was remade in English but Lorre was NOT considered for the role of the murderer.  Who wound up playing the part?  a) Anthony Perkins; b) David Wayne; c) Rod Steiger; or d) George Chakiris.

2) Answer: b) David Wayne.  The remake directed by Joseph Losey was released by Columbia Pictures in 1951, and was a disaster.  The studio wound up pulling the picture, and little has been heard about it since.

3) Question: Shortly before he died, the down-on-his-luck Lorre was forced to make beach movies costarring Frankie Avalon and Annette Funicello.  a) True; or b) False.

3) Answer: a) True.  In dire straights with financial, health and marital problems, Lorre took any role in the Sixties he could get.  Thus he appeared in a small part in American International Pictures’ Muscle Beach Party in 1964.  He died the same year.

4) Question: On the set of Casablanca, perhaps Lorre’s most famous picture, he stage managed an off-camera stunt that provoked gales of laughter among cast members. What did he do?  a) Gave hot foots to key actors while they were napping; b) Distributed fake pay checks with lower salary amounts on then; c) Secretly miked the director’s offset sexual assignations for the amusement of the cast and crew; or d) Spiked the onset water jugs with absinthe

4)  Answer:  c) According to Casablanca costar Paul Henreid, Lorre miked the off-set sexual assignations of the movie’s director Michael Curtiz.   Thus his grunts and groans were overheard and greeted with great hilarity by cast and crew without Curtiz’ knowledge.  The director never found out who originated the prank.

5) Question:  Which actor was most closely associated with Lorre, so close that the duo evoked comparisons of comedians Abbott and Costello. a) Zachary Scott; b) Sydney Greenstreet; c) Vincent Price; or d) Boris Karloff.

5) Answer:  b) Sydney Greenstreet.  He and Lorre worked together in nine films with 1941’s The Maltese Falcon setting the bar. In their own dark ways the pair was equally as amusing as Abbott and Costello.

6) Question:  The pint-sized Lorre found himself costarring in a Fifties film noir tussling with another shorty, Mickey Rooney.  Which one was taller?

6) Answer:  Lorre was a tad taller, standing 5-feet 3-1/2-inches to Mickey Rooney’s  5-feet 2. Nonetheless, when they costarred in the 1950 thriller Quicksand, it is Rooney who gets to punch out Lorre.

7) Question:  Speaking of the genre, which one of Lorre’s starring performances in which one of his films strongly influenced the entire course of fim noir for some two decades? a) Casablanca; b) The Maltese Falcon; c) The Stranger on the Third Floor; or d) The Mask of Dimitrios.

7) Answer:  c) The Stranger on the Third Floor, a 64-minute programmer released by RKO in 1940.  It remains a startling picture with Lorre playing a reclusive — and very creepy — villain who slits the throats of elderly tenement residents. Writes film noir expert Eddie Muller: This match-up of theme and (visual) style made ‘The Stranger on the Third Floor’ the first Hollywood film to affect the look later known as noir.

8) Question: In which Alfred Hitchcock picture did Lorre exercise the most guile to secure the leading role?  a) The Man Who Knew Too Much; b) Torn Curtain; c) Psycho; or d) The 39 Steps.

8) Answer:  a) The Man Who Knew Too Much.  We are talking about Alfred Hitchcock’s 1934 British original, not his 1956 remake at Paramount costarring James Stewart and Doris Day. During an interview with Hitchcock prior to production, Lorre mastered the trick of smiling and laughing while the director delivered one of his many stories — thus concealing the fact that the actor’s grasp of English was tenuous. After being cast as a villain in The Man Who Knew Too Much, Lorre had to learn much of his part phonetically.

9) Question:  Which of Lorre’s offscreen quirks especially caught Hitchcock’s attention.  Lorre’s habit of a) Crossing himself repeatedly before a scene began; b) Rehearsing in a floor-length overcoat; c) Collecting valuable story properties and selling them to directors; or d) Break out in tears when a studio executive would come on the set.

9) Answer:  b) Hitchcock noted Lorre’s habit of rehearsing in floor-length overcoats no matter the weather outside. 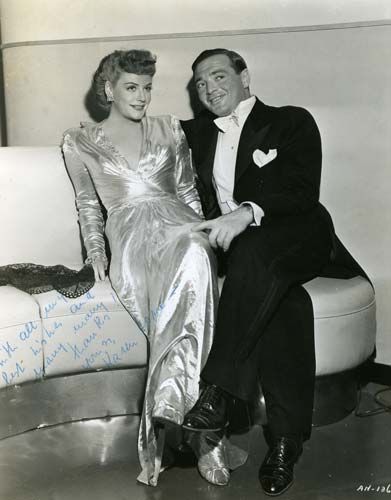