Yes, you’ve seen her dance in dozens of films, many classics, but what else do you know about her?

Did you know that she went by many names at various stages of her lengthy career — some 56 credits from 1941 to 2008?

That she emerged from a go-to dance partner to a genuine under-the-radar sex symbol (see below, from a 1966 Dean Martin caper outing, The Silencers.) 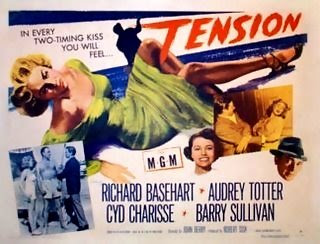 We suspect there is a fair amount you may not know about Cyd Charisse, one of a handful of performers who danced onscreen with both Fred Astaire and Gene Kelly.  Let’s see.  On to our Monday Quiz:

1) Question: For a woman born  Tula Finklea in the Texas panhandle in 1922, Charisse at various time went by various exotic names in her career. Which one of the following was she NOT known by? a) Maria Istomina; b) Sarita; c) Lilly Norwood; or d) Mrs. Tony Martin.

2) Question:  Charisse was a sickly child, who at first had trouble walking (not to mention dancing)? a) True; or b) False.

3) Question: As mentioned, Charisse was one of the selected few to dance onscreen with the masters, Astaire and Kelly.  Which one of the following is NOT in this select group female costars? a) Judy Garland; b) Rita Hayworth; c) Ann Miller; or d) Vera-Ellen.

4) Question:  Charisse either by bad luck or happenstance appeared in a half-dozen films starring which one of the following?  a) Rudy Vallee; b) Ricardo Montalban; c) Gilbert  Roland; or d) Oscar Levant.

5) Question: Due to accident or pregnancy, Charisse lost out on key roles in 1948’s Easter Parade and 1951’s An American in Paris. Who replaced her in these classic MGM musicals?