IMPORTANT NOTE: We are assuming you, our faithful readers, are hitting the “leave a comment” bar to the right of every blog to check what others add to our info.

It doesn’t mean you have to leave a comment. You can if you wish, or you can just read other people’s.

One of our most diligent, (and frustrated) commentors is Graham Hill, a veteran of the movie industry. Graham can’t believe that more of you don’t want to “chat” with us about your (and our) favorite films and stars.

Graham’s additions are always informative. Here’s one. The big-name directors get the big budgets… What about the ‘workhorse’ directors who get the tight budgets?

By the way, that’s Bogie and Becall above from one of the pictures Graham cites, Daves’ 1947 noir, Dark Passage.

We urge you to go back among our blogs and read ALL comments. Some are particularly important to classic film lovers. And as mentioned Graham’s are very informative and entertaining.

But now Graham we have a reader, Evelio Lecour who wants to chat about Jean Peters, best known for Pick Up on South Street and Three Coins in the Fountain, and of course, for being married to Howard Hughes.

Concerning Peters and Hughes, Evelio writes: Graham, If you read the memos exchanged by Mr. and Mrs. Hughes that were stolen from Hughes’s Romaine Center offices (where all his intimate files were kept), you’ll discover that Hughes truly loved Miss Peters (and vice-versa).

These are available in the internet, and selling like hot cakes at very high prices (over $8,000 each legal size sheet); of course, they were legitimized by handwriting experts.

Hughes, in fact, sent Jean a message from his dying bed through an aide, saying he’d never stopped loving her -he also sent her a note that specified: “I loved you till the end’.

PS/ Hughes never meant to marry Miss Terry Moore. That was truly a fake marriage (and there’s no record of it). His liaison to Peters was different. They did divorce, legally, so that leads me to believe that they were actually married -legally.

We always appreciate hearing from regular reader, Patricia Nolan-Hall, who responded to Friday’s blog about the all-but forgotten Frankie Darro:

Darro and (Mantan) Moreland weren’t just teamed in ‘On the Spot,’ they appeared together in a total of eight comedy mysteries filmed from 1939 to 1941.

(The two are pictured below in 1940’s Chasing Trouble.) 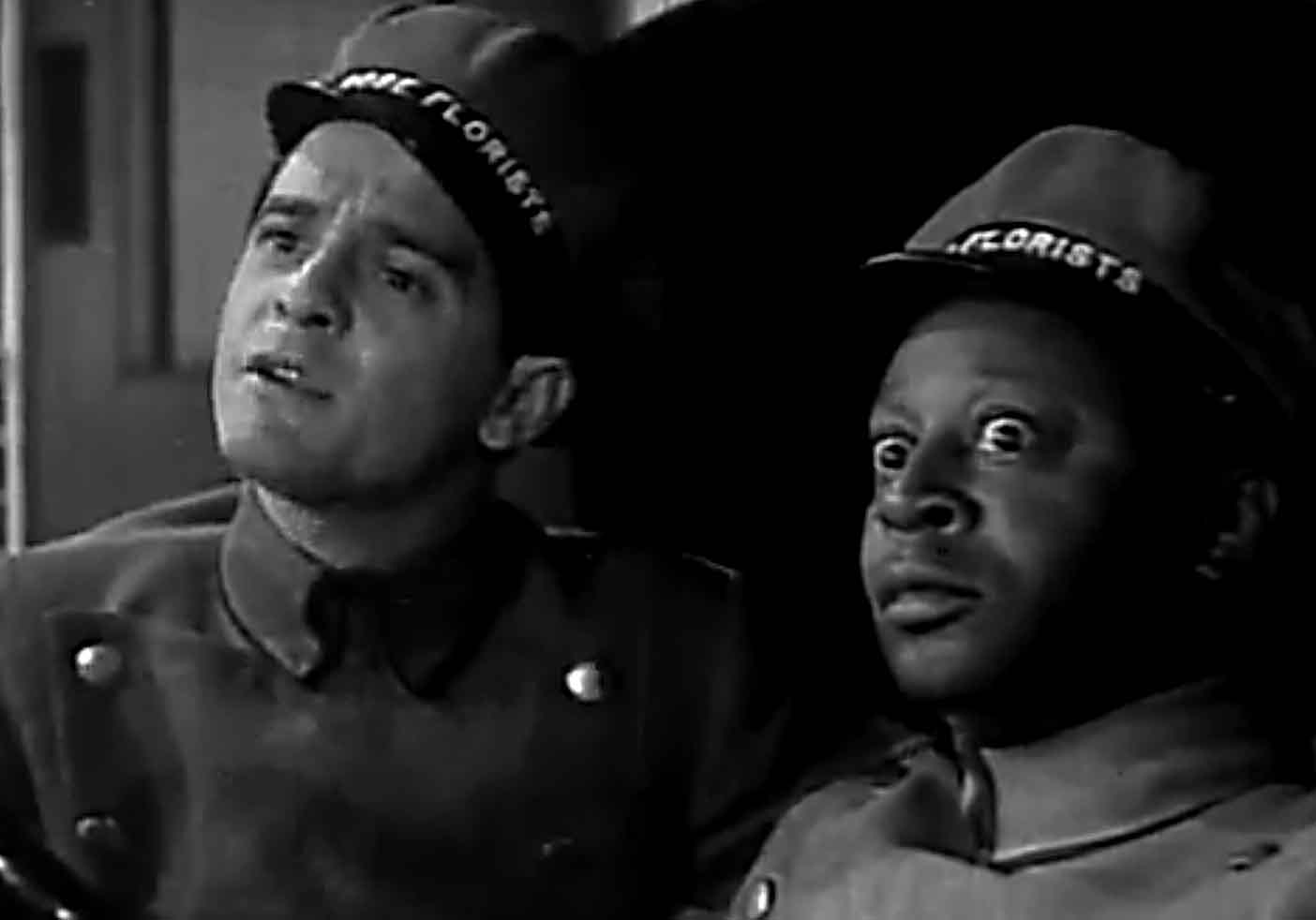 Frankie Darro is at the middle of the only time I ever yelled at Robert Osborne (through the screen). During a TCM screening of ‘The Mayor of Hell,’ Mr. Osborne referred to “the little boy in the scene with Cagney” without naming the actor. What kind of movie buff doesn’t know Frankie Darro I shouted to Bob or the writer/researcher responsible? Funny. They never hear me when I do that.