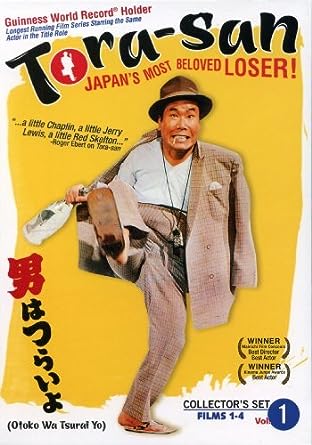 Moviegoers will soon be bombarded with yet another James Bond film — No Time To Die, opening in early April —  and will no doubt marvel at the longevity of the 007 series. Surely at 25 titles from its original British producers plus two independently-made versions, the Bond series earns the title of the world’s […]

What The French Are Watching! 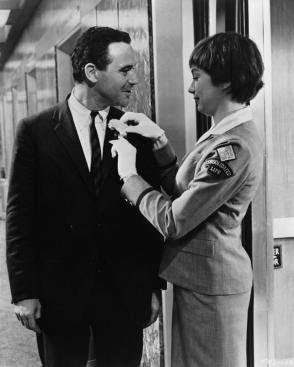 Whenever either one of us go overseas on vacation, we pay particular attention to what’s playing at the occasional local revival houses. There are not many left, though, with a large part of the revival function shifting to official museums  and Cinematheques. A recent trip to Nice on the Cote d’Azur in France sud — not […]

It occurred to us that the photo we ran yesterday (see below) of Spring Byington may not square with how YOU remember this solid character actress, who became in her later years a big tv star. Today we thought we’d make amends. This photo, with Hedy Lamarr, is from 1944’s The Heavenly Body, a movie […]

There she is with Hedy Lamarr. And there’s the movie that featured them both — Hedy and Spring Byington. Now to the answers to our Spring Byington Quiz: 1) Question: As mentioned, Byington played a mother in Little Women.  Which of the following were cast as her daughters?  a) Joan Bennett; b) Jean Parker; c) […]

SPRING BYINGTON — Who Could Forget Her?

Well, now that we think about it, you may well have.  So, let us refresh. Spring Byington seemed to be in every other movie that came out of the MGM factory in the Thirties and Forties. She specialized in playing mothers, ditsy women, or an older and wiser friend. She made her mark as a […]

What About JEANNE CRAIN?

She was a BIG star of the 1940s, she even received an Oscar nomination for best actress, and yet she’s almost forgotten today. She made some memorable films, and yet was never a favorite of directors. The estimable Joseph L. Mankiewicz, who directed her in 1949’s A Letter To Three Wives, put it succinctly: I […]

The first to do it was Leo McCary. He won the Oscar for best screenplay and best director in 1945 for Going My Way. The next year Billy Wilder matched that, winning in both categories for Lost Weekend. Then Joseph Mankiewicz (above) topped them both winning both in 1949 and again in 1950! It’s widely […]

Valentines Through the Years

Doris Day was the 50s. But if you think Publicity shots of stars celebrating holidays began with the talkies, you’re mistaken. Note the photo below. Did you like this? Share it:Tweet