Well, they’re still around — in family name and in person.

First, how much did you know about the three Barrymores, Lionel, Ethel and John, definitely not still around?

Still with us, of course, is actress-producer Drew Barrymore (pictured above left). That’s grandpa John in the middle and Drew’s father, John Drew Barrymore  (the son of John senior and third wife, Dolores Costello; Jr. died in 2004).

Of the original three Barrymores, John has proved on a personal level to be the most interesting.

Lionel will forever be remembered as Mr. Potter, that nasty, flint-edged banker (below, seated) who crosses swords with idealistic James Stewart in 1946’s It’s A Wonderful Life. 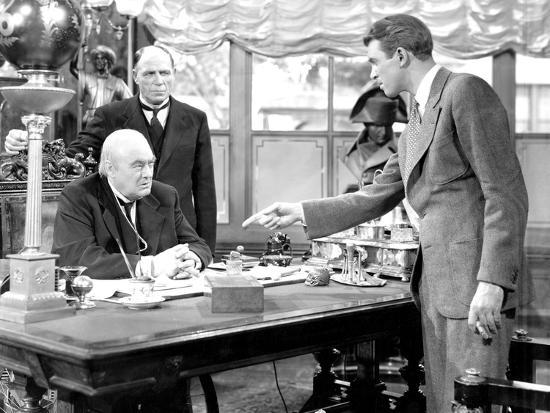 Ethel was an Academy Award winner who prospered in films made by great directors. Here she is (below) in Alfred Hitchcock’s 1947 courtroom drama, The Paradine Case. (Yup, that’s Charles Laughton on the right, looking distressed.) 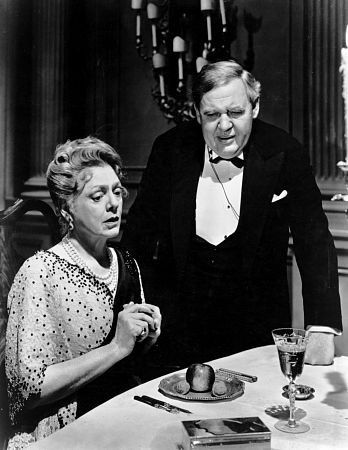 But John was the image of a powerful and often hammy actor drinking himself to death before our very eyes. (He died in 1942 at age 60 of cirrhosis of the liver.) His best work, by common consensus, was Howard Hawks 1934 comedy Twentieth Century with Carole Lombard. 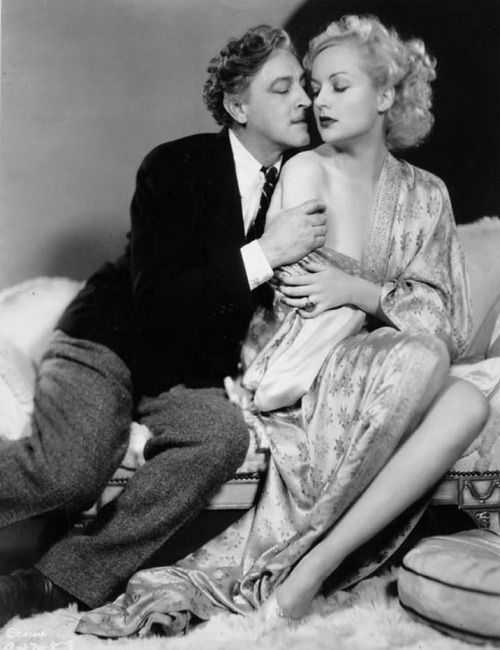 He is a ham (playing a fulsome theatrical actor/manager) but a sceptic , incredulous of romance yet hopelessly enthralled by it, writes British critic David Thomson. The so-labelled “great profile” is superb in this picture, perhaps the one film of his that remains a true classic.

Ok, on to the answers to our The Barrymores Quiz;