You know who that is above, and the orchids give you a clue as to the character he’s portraying.

No, its not “the Fat Man” as pictured below: 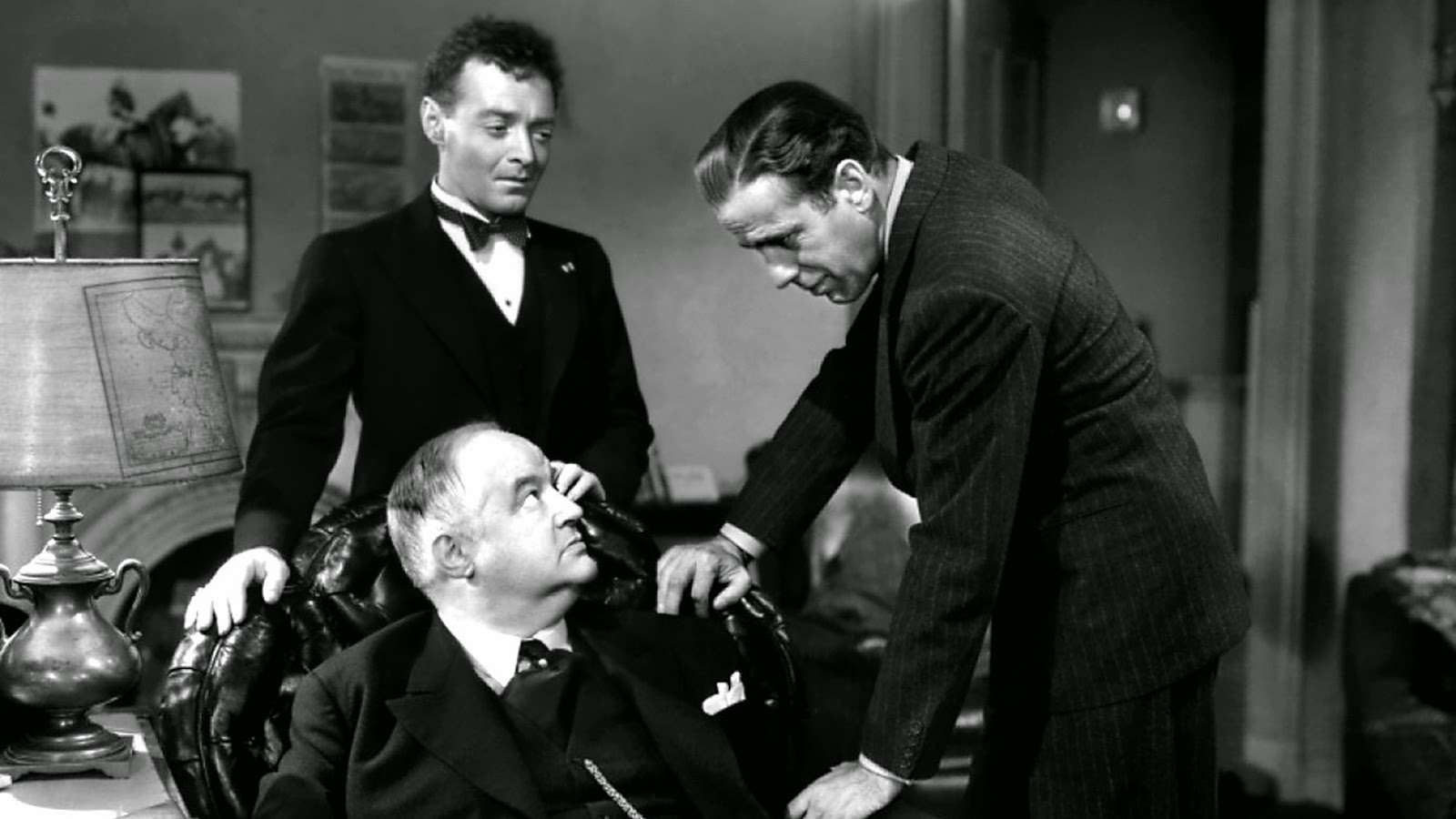 No, it not the fly-swatting night club operator below in competition with “Rick’s Cafe Americain.”

Nor is it the sweaty fellow below tussing for the gat with Joan Crawford.

Well then, who is this mysterious character.  And what do orchids have to do with anything? (See the conclusion of this blog for the answer.)

A SAD NOTE: We are saddened to report the death of our former comrade, Larry Michie, who passed away last week.

Larry logged a distinguished career in journalism (see obit below) and enjoyed contributing to Classic Movie Chat in our earlier years. His specialty was tracking the progress (or lack thereof) of book properties being adapted into classic films.  He wrote with skepticism and great humor. We miss him.  Goodbye, good friend.

Larry Michie, television editor of weekly Variety from 1973 until 1984 where he was part of a triumvirate of legendary TV editors at the trade newspaper, died Wed. Nov. 7 at an assisted living facility in Hadley, Mass.

Michie, who had been suffering from Alzheimer’s Disease, was 77. He is survived by his wife of 56-years, Virginia, with whom he pursued newspaper ventures in the Northeast after leaving Variety.

New York-based Michie was the third in a triumvirate of Variety tv editors who wielded great influence in their era at the broadcast TV networks, local tv stations and in the burgeoning TV syndication market when Variety was often the principal source of information about the inside workings of the industry when three terrestrial networks dominated the airwaves and cable TV was in its infancy.

Michie succeeded Les Brown as Variety tv editor, who in 1965 had succeeded the widely admired George Rosen.  (Brown left for a distinguished career at The New York Times.)

Following his departure from Variety, Michie became in the 1990’s news editor of The Vineyard Gazette , a weekly published in Martha’s Vineyard, Mass. He and his wife had earlier bought and operated a Western Massachusetts weekly, the Shelburne Falls & West County News, for a decade starting in the mid-1980’s.

ANSWER TO OUR SYDNEY GREENSTREET RIDDLE: The role we are talking about was superbly played, as usual, by the actor on RADIO, not the movies. Novelist Rex Stout’s fictional detective genius — Nero Wolfe — was a good fit for Greenstreet since the character preferred eating to pounding the pavement, and amused himself by raising orchids. The radio series, The New Adventures of Nero Wolfe, was aired on NBC from October of 1950 through April 1951. Author Stout was reported to be delighted by Greenstreet’s portrayal.