Who Was WALTER SLEZAK? Our Quiz

He had a most varied career.

The Austrian born actor (Vienna in 1902), Walter Slezak played an extraordinary range of characters over an extraordinarily long career — comprising nearly 100 movie and tv credits over more than a half century.

He was adept a comedy (see below).  Yes, that’s Red Skelton waving the pistol.

And here (seated on the right) he is in a Bob Hope picture. 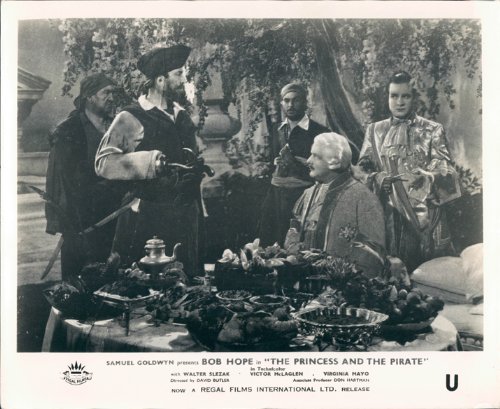 He was for a time at RKO was a staple in film noir.  Here (below) he’s putting the shakedown on Claire Trevor.

And, thanks to his always accented English, he was a go-to choice for Nazi parts. 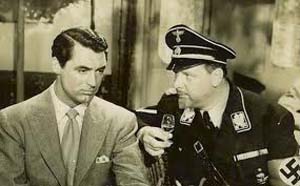 Let’s not forget that Slezak was also a star of stage and screen musicals. (See below, from Fanny.) Ok, that’s it for the moment.  We have just scratched the surface.  Now on to our Walter Slezak Quiz to see how much MORE you know about this distinguished character actor.  As usual, questions today ad answers tomorrow.

2) Question: Slezak was a slender matinee idol in German films of the 1920’s. Yet, he was always pretty chubby in his Hollywood movies.  What happened? a) He made a conscious decision to give up romantic leads for more inspiring character roles; b) He never particularly cared about his waist line; c) He was a gourmet cook who relished the tasty dishes he prepared; d) He battled a long term illness which put on the pounds.