O.K. We’ll probably get a lot of flack for this, but the original film, 1939’s Love Affair, is much better than it’s first remake, 1957’s An Affair to Remember. (We won’t even discuss the second remake!)

Costar Charles Boyer’s performance in th original is so superior to Cary Grant’s in the remake. Grant was a star, but Boyer was an actor.

And let’s not overlook costar Irene Dunne’s performance, so much more subtle than Deborah Kerr’s in An Affair To Remember.  The script is basically word for word, but the characterizations are so different. Of all performers classic Hollywood imported from France over the years, only two managed to become genuine stars, marquee names who put butts in the seats.

One was Charles Boyer, a subtle actor who embodied in both voice and appearance the suave continental, the sophisticated aristocrat. (The other was Maurice Chevalier, whose lightweight comedy style personified to American audiences the cheeky Parisian. Boyer was the far bigger star.)

A country boy born in Figeac in south-western France’s Cahors wine district of the Lot, Boyer made his first movie (L’Homme du Large or roughly The Broad Shouldered Man) in 1920. By the time he finished his last picture in 1976, Vincente Minnelli’s A Matter of Time, Boyer was a renowned and highly paid international star with some 90 film and tv credits under his belt. 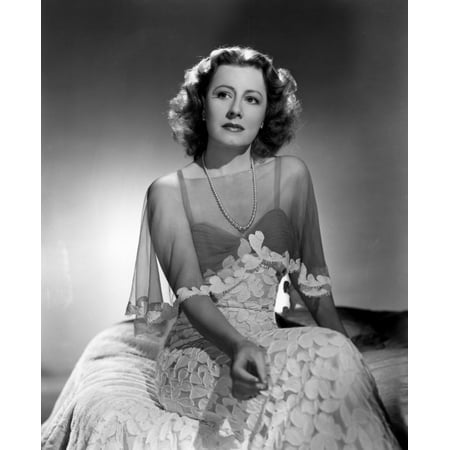 If you have to see only one Dunne picture, make it RKO’s Love Affair, director Leo McCarey’s romantic drama in which the actress portrays an American woman romanced by a French playboy (Boyer). Both leads are extraordinarily sensitive as is a supporting character performance contributed by Maria Ouspenskaya (below) as a kindly grandmother. 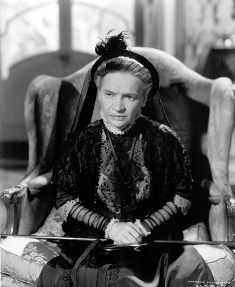 But what unmistakably registers is Dunne’s sexy performance blending rueful emotion with a light comedic touch. Her onscreen chemistry with Boyer is almost palpable.

Somehow, Dunne and sex  are words that don’t often crop up in the same sentence. Yes, Dunne was by all means a Lady.  But a surprisingly sexy one even by contemporary standards.  In this film she looks terrific. It’s not surprising to learn that Love Affair is Dunne’s as well as Boyer’s favorite of their pictures. 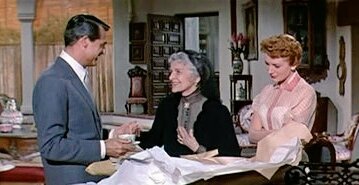 The only part that was performed better in An Affair To Remember was that of the grandmother. Cathleen Nesbitt (above in the middle) was a tad better than Maria  Ouspenskaya — and her hands were really gnarled.

Yes, Love Affair is in black and white, yes the costumes are dated, but the acting and the story are just as current today as 80 years ago.