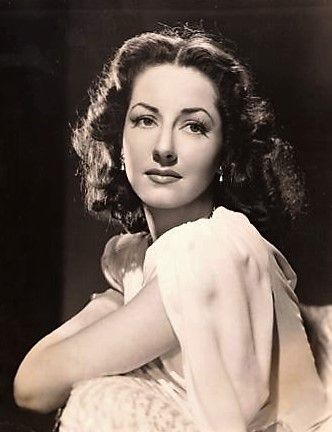 The story goes that the first time Virginia O’Brien performed live she was so frightened she froze, managed to get out the words but with no emotion.  The audience loved it. It became her trademark.

Her father happened to be a very influential Captain on the Los Angeles police force. (An uncle was the postmaster.)  Hollywood legend says these connections, (along with her talent) led Louis B. Mayer to place her under contract.

Virginia O’Brien was a very difficult kettle of fish from Cass Daley (covered in yesterday’s blog).

A conventional beauty, dark haired and statuesque, she made quite a splash with her laugh-provoking delivery of songs (sung quite well, incidentally). O’Brien, a Los Angles native and the niece of well-regarded film director Lloyd Bacon, was known at various time as Miss Deadpan, Frozen Face and Miss Ice Glacier.

Among O’Brien’s 20 credits, perhaps most notable was her turn in 1946’s The Harvey Girls (there she is below) starring Judy Garland. Her roster of memorable MGM musical appearances includes those in 1945’s Ziegfeld Follies, 1942’s Panama Hattie, 1944’s Meet The People and 1943’s Du Barry Was A Lady.

On her way out of MGM O’Brien appeared opposite Red Skelton in 1947’s  Merton of the Movies.  Here, O’Brien certified that she could trade quips and barbs with the master. She and Cass Daley — true comic/singers. 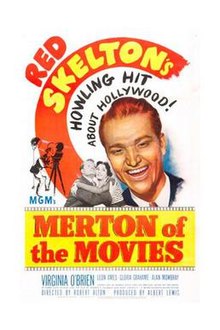