The Third Man Quiz — The Answers

How much did you know about this gem of a movie?

We’re hoping that this (we trust) fun The Third Man Quiz exercise will enhance your next viewing of this classic 1949 thriller costarring Joseph Cotten, Trevor Howard, Orson Welles and Alida Valli.  Let’s get to our Quiz answers:

Answer:  False. Selznick held the American distribution rights to The Third Man, and was contractually entitled as a co-producer to consult with director Carol Reed two months before filming began.  Reed, another co-producer, visited with Selznick in Hollywood, endured marathon story sessions, and then ignored everything Selznick said. Smart move. A much bigger influence on the movie’s general shape was British co-producer Alexander Korda.

2) Question: The Third Man was originally considered a dull title for such an interesting thriller, and other titles were considered.  Which of the following alternatives were seriously mulled? 1) European Intrigue; 2) Night In Vienna; 3)  Four-Power Foul Play; or 4) Get Harry Lime?

Answer:  No. 2.  Yes, that was the title suggested by Selznick during those story sessions. As mentioned, the suggestion went out the window as soon as director Reed left his office. Selznick felt Night in Vienna was the kind of title that would “bring them (customers) in.”

3) Question: Included in The Third Man cast are superb character actors from several countries.  One went on to become popularly identified by a continuing role in the James Bond movies.  Which one?  1) Wilfrid-Hyde White; 2) Paul Horbiger (3) Bernard Lee; or 4) Erich Ponto?

Answer: No. 3, Bernard Lee, who became widely known as ‘M,’ the head of M16 British intelligence and James Bond’s boss.

4) Question: Joseph Cotten complained about the original name of the character he played, and asked that it be changed.  Was it changed?  Yes or no?  If so, what was the character’s name changed to?

Answer: It was changed. The original name of Cotten’s character was Rollo Martins. Greene wrote that Cotten quite reasonably objected to my choice … which to his American ear apparently involved homosexuality. I wanted (the character’s) name nonetheless to be an absurd one, and the name Holly occurred to me when I remembered that figure of fun, the nineteenth- century American poet Thomas Holley Chivers. (The ‘e’ in the poet’s middle name was dropped in the movie script.)

5) Question: The Third Man posed a real financial opportunity for chronically spendthrift Orson Wells? He blew it, though by:  1) not negotiating for a large salary upfront; 2) not receiving a portion of the movie’s box office receipts; 3) not getting a slice of the production’s merchandising rights; or 4) none of the above.

Answer:  No. 2. Welles, who always needed cash, insisted on a large upfront fee to play Harry Lime instead of a smaller fee plus a percentage of the box office.  He regretted his decision when The Third Man became a worldwide success.

6) Question: Trevor Howard, playing a British major in the movie, got into serious trouble with four-powers police in Vienna during The Third Man shooting.  What happened?   1) He confessed to being a member of the Communist Party; 2) he had an off-camera punch up with Orson Welles in a local restaurant; 3) found himself a suspect in a string of small-time burglaries; or 4) got blind drunk in public while wearing his military uniform costume?

Answer:  No. 4. Tired after a tough day’s shoot, Howard, a gregarious sort, decided to explore a number of Viennese saloons while still in costume (he plays British Major Calloway). When he got boisterous in one watering hole, military police had him arrested for for disturbing the peace and more seriously for impersonating an officer. Director Reed had to use all the production’s influence to free the actor — and to retrieve his costume. 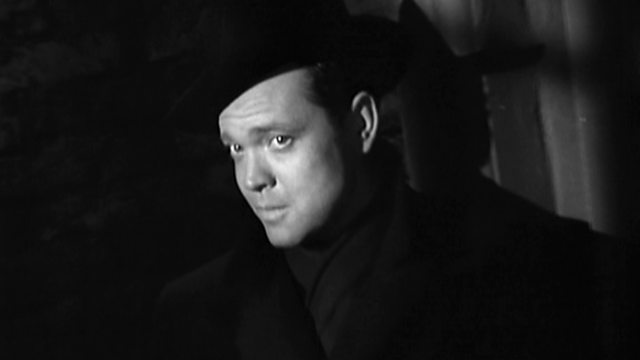 Answer:  We suspect the correct answer is No. 2, although Welles insisted years later that I wrote my own part. In his 1987 autobiography, Cotten doesn’t specify who wrote the scene but describes it was excellently written and directed.  Amen.

8) Question: Can you identify the nationality of actress Alida Valli?  Was she 1) Austrian;  2) American; 3) Italian; or 4) Croatian?

Answer:  Valli, who died 12 years ago in Rome at the age of 84, was born in a section of Italy that is now part of Croatia.  So, technically No. 4 is the answer. Valli had a long career in Europe, a shorter one in Hollywood.  Her fluency in German helped matters considerably during The Third Man production, and it’s hard to disagree with Cotten when he wrote that by casting her in the role as Harry Lime’s world-weary paramour, co-producers Korda and Selznick had scored a bulls-eye.

9) Question: The Third Man marked the screenwriting debut of novelist Greene? True or false?  If not, can you name his first film?

Answer: False. Greene made his debut as a story-scenarist a dozen years before The Third Man, working for Korda.  The movie was a crime drama starring John Mills titled The Green Cockatoo. Unlike The Third Man, the picture has faded into the mists of movie history.

10) Question:  The movie’s marvelous ending in a frozen Vienna cemetery was dreamed up by Joseph Cotten.  True or false?

Answer: False.  The actor didn’t have a clue about how the scene would end even as it was being filmed.  Having Valli’s character expressionlessly walk past the cigarette-puffing Holly Martins was strictly director Reed’s idea, a crowning triumph in cinema pictorial exists, wrote Cotten.