The Tacoma, Washington native, who worked in his father’s lumber camp as a youth, excelled in football and track at the Univ. of Washington, and played tackle for the Huskies in the 1926 Rose Bowl game. Two years later he won a silver medal in the Olympic shot put competition.

No wonder he found himself targeted as a Tarzan in the early Thirties when his movie career began in earnest. A injured shoulder lost him the lead in 1932’s Tarzan The Ape Man although Bennett — the billed then as Herman Brix; the name change came at the end of the Thirties  — did make it as the eponymous lead in 1935’s The New Adventures of Tarzan serial

The guy worked a lot, more than 150 movie and tv credits over a nearly 50 year span, but had to overcome his typecasting as a rugged action sort, suitable for mostly supporting parts. To his considerable credit, Bennett paused his movie making in the early Forties, took acting lessons and rethought the direction of his career.

It worked because the pictures Bennett is best known for — and justifiably so — were made in the Forties. 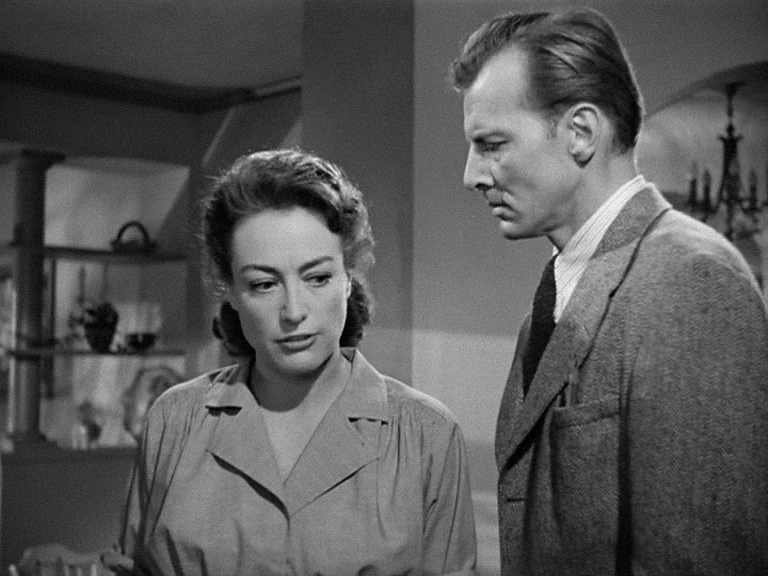 Here he is with Joan Crawford in 1945’s Mildred Pierce, as the upright and emotionally contained ex-husband who turns out to be Crawford’s best friend. 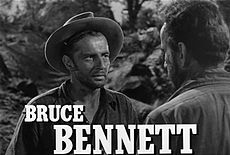 Then there is interloper Cody in John Huston’s 1948 classic, The Treasure of the Sierra Madre.  It was one of several films the actor made with Humphrey Bogart including 1947’s Dark Passage and 1943’s Sahara. Bennett later said that he had wished his role in Treasure was bigger.  So do we but his performance in the picture remains brief but unforgettable.

Bennett believed that living a long, active life was the best revenge. He died in 2007 at the age of 100.