His prototypical role might have been that of the randy freelance photographer stationed in Rome with journalist Gregory Peck in 1953’s Roman Holiday, which not only earned Eddie Albert the first of his two best supporting actor Oscar nominations but provided a then largely unknown Audrey Hepburn with her Hollywood breakthrough. (It’s a delightful picture, and is as watchable today as it was back then.) 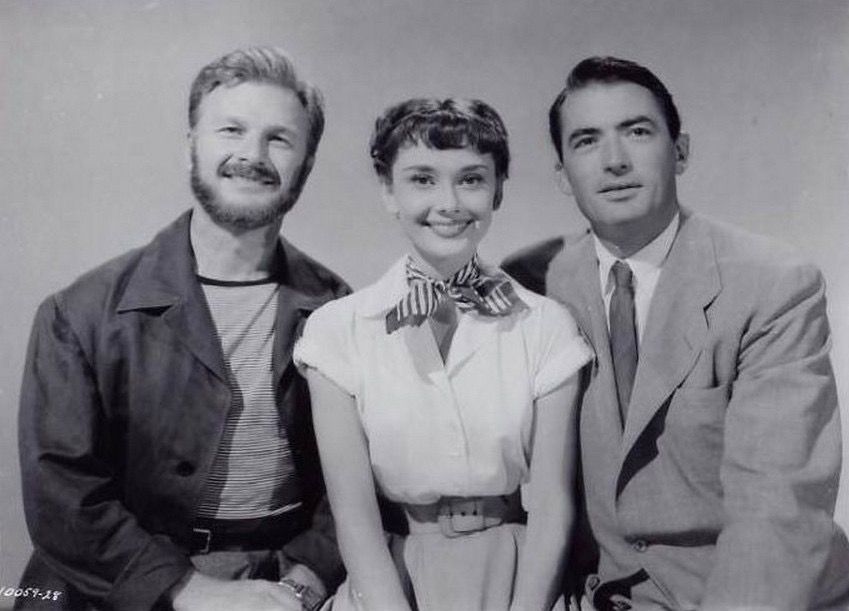 Albert’s second Oscar nomination came nearly two decades later as a result of his role as the outraged father of Cybill Shepherd in 1972’s The Heartbreak Kid. This one is a superb, sometimes underrated comedy, written by Neil Simon and directed by Elaine May, about a Jewish sporting goods salesman (Charles Grodin) who falls for a shiksa princess (Shepherd) while on his honeymoon with his new wife (played by Jeannie Berlin, May’s daughter). Albert (below left) as the determined, protective dad, is superb in the picture, which is always worth another look. 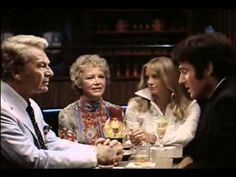 A Midwesterner,  he was born Eddie Albert Heimberger in Illinois in 1906. His early career was checkered — he once appeared as a trapeze flyer in a Mexican circus — but managed a lengthy screen and tv career often, as mentioned, playing the genial, good-natured sidekick to the hero.

During the World War II years, Albert found himself in military service, first in the Coast Guard and then the Navy.  In Nov. 1943, while serving in the Pacific Theater of operations, he found himself commanding a landing craft off the Tarawa Atoll, the site of heavy fighting. While under enemy fire, Albert’s craft rescued as many as 70 Marines stranded offshore and largely helpless. Albert was awarded a Bronze Star for valor.

In post-war Hollywood Albert continued his extraordinarily workmanlike career.  He never exploited his wartime heroism, and rarely if ever mentioned it.  A class act all the way.

Albert owes his amazingly prolific run — more than 200 credits spread over more than 60 years — not to the big screen but to television. From the medium’s infancy Albert recognized that tv presented all kinds of acting possibilities. He turned up in countless tube formats ranging from The Loretta Young Show in the Fifties to Falcon Crest in the late 1980s. There he is below with FC costar Jane Wyman. One key reason for his enduring career was his long life — Albert passed in 2005 at the age of 99. A solid, protean actor, an accomplished second banana, who was consistently good no matter the format.