Revisiting the Career of JANE POWELL

She took her stage name from the first character she played onscreen.

And after dancing and singing with the best of them she was a full fledged MGM star.

She was indeed an image of the girl next door, one who just happened to possess a supple soprano voice worthy of grand opera.

Born Suzanne Lorraine Burse in the Pacific Northwest in 1929, Jane Powell arrived in Hollywood at age 15 after multiple radio appearances, and found herself typecast as a child movie star opposite Edgar Bergen and Charlie McCarthy, W.C. Fields and Bonita Granville in 1944’s Song of the Open Road.

This was her movie debut, and since she played a character by the name of Jane Powell, — a child star saddled with an overbearing stage mother — studio solons figured a name change from the ho-hum Suzanne Burce was in order. Thus the teenager emerged with her marquee identity. 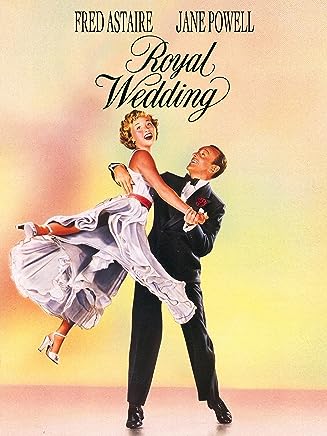 Directed by Stanley Donen, the chief characters are drawn from Fred and Adele Astaire, whose longtime brother-sister dance act originally made a splash in New York before migrating to London in he early 1920’s where it made an even bigger splash.

In Royal Wedding, Fred pulls off his usual terpsichorean pyrotechnics including dancing with a hat rack and on the walls and ceiling of his hotel room. What is a bit of a surprise is how well Powell keeps pace with the master.

Her most enduring musical is 1954’s Seven Brides For Seven Brothers, another Donen masterpiece which confirmed Powell’s status as a bona fide STAR. Motorized or not, Powell belied her girl-next-door image offscreen.  She had a busy romantic life, grinding through four husbands in 32 years.  Her fifth marriage, to former child actor Dickie Moore in 1988, stuck. (Classic movie fans should note that Moore, who died a year-and-a-half ago, was terrific in 1947’s Out of the Past as the muted “kid”.)

ANSWERS TO YESTERDAY’S MARITAL QUIZ:  The three couples pictured in yesterday’s bog from top to bottom are:

It was Ginger’s second of five marriages; and the first for both Grable and Faye.  Betty went on to marry bandleader Harry James. Faye’s No. 2 and final was to Phil Harris.