There were many actors and actresses in the 1930s thrown into serious films for what was known as “comic relief.” One such stalwart was Hugh Herbert.

Who was this guy?  Read on.

Herbert , born in upstate New York in 1885, was one of those actors who successfully made the transition from silent to the “talkies.” His earliest films of note were made in the early Thirties in which the actor played more or less generic comedy parts.

On the vaudeville circuit, Herbert had often portrayed what was then referred to as a “pathetic old Jew.” In the movies, he began perfecting his own whacky personna — fluttering his fingers and talking repetitive gibberish to himself. (If this reminds of a famous Stooge, continue reading).

Of particular note was his turn in the 1935 adaptation of Shakespeare’s A Midsummer Night’s Dream. 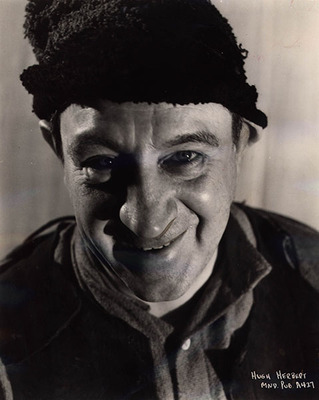 By the late Thirties, Herbert moved on to Universal Pictures where he nabbed both supporting and leading roles (usually in minor and major pictures, respectively). Watch for him in the 1941 Olsen and Johnson comedy Hellzapoppin.  He plays the nutty detective. 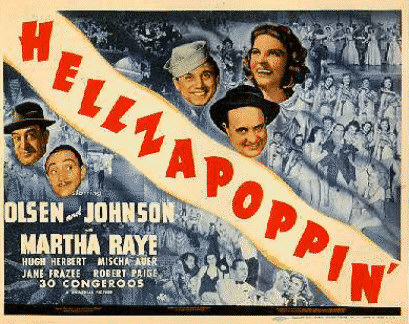 By 1943, Herbert moved on to Columbia Pictures, the home of  — you guessed it — The Three Stooges. It was there that Herbert found himself working in dozens of shorts often with the same actors (and directors) who made Stooges pictures. Is it any wonder that Curly Howard picked up on the distinctive Herbert comedic gestures? 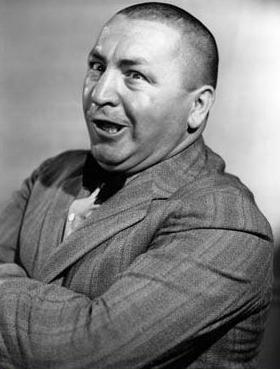 Herbert, who died at age 66 in 1952 of multiple heart problems, appeared in more than 120 titles in his long career. He also wrote a half dozen screenplays in the late Twenties and early Thirties. He played comedy to the end. Quite a funnyman.