He’s had a varied career on the way to becoming one of Britain’s most famous and revered movie stars.

Over his very long career — covering some 170 titles — Caine has won two best supporting actor Oscar nominations and has been nominated twice. He has at least four films in post production right now; so count on seeing more of Caine in theaters and/or on streaming. The guy just keeps on working.

Today we’d like to concentrate on Caine’s work much earlier in his career. Let’s start with this question:  is he a better writer than actor?

The veteran British screen star who has written two excellent books about himself.  The first, a great read, is titled (naturally enough) What’s It All About, and came out in 1992.  A second combination memoir-autobiography was published in 2010.

The Elephant to Hollywood (Henry Holt and Company, 304 pages) covers much of the same ground as Caine’s earlier book, but who cares?  His career is literally a marvelous rise to stardom against all odds, and Caine tells us all about his amazing climb with facility and skill.  A special bonus: the book had us laughing loudly, and often.  Highly recommended.

Caine’s real name is Maurice Joseph Micklewhite, and his South London birthplace was and still is known as “The Elephant and the Castle.” The name comes from a “coaching” inn for travelers that once anchored the neighborhood. As Caine makes clear in his book, The Elephant was a slum when he grew up there and is, if anything, in worse shape today.

Caine made his movie debut  in 1956’s A Hill in Korea, later renamed Hell in Korea. He played one Private Lockyer.  Caine had eight lines to say but forgot every one of them. The actor’s explanation: he was a bundle of nerves during shooting, “and it didn’t help to overhear one of the cameramen muttering, ‘It’s only one fucking line.’”

Caine’s career breakthrough was 1964’s Zulu, a historical drama set in the late 19th century about wildly outnumbered British officers under attack by Zulu warriors. Caine was cast as a “posh,” that is, an aristocratic British officer, Lt. Gronville Bromhead. When director Cy Enfield told Caine he had the part, the actor threw up all over my shoes. It was, Caine said, the best piece of luck I have ever had in show business.

Seen below in character, Caine said that one of his very favorite films is Zulu.

Perhaps second is 1965’s espionage thriller The Ipcress File, which won him his first above-the-tile movie credit. (Said producer Harry Salzman, “If I don’t think you’re a star, who the hell else will?) 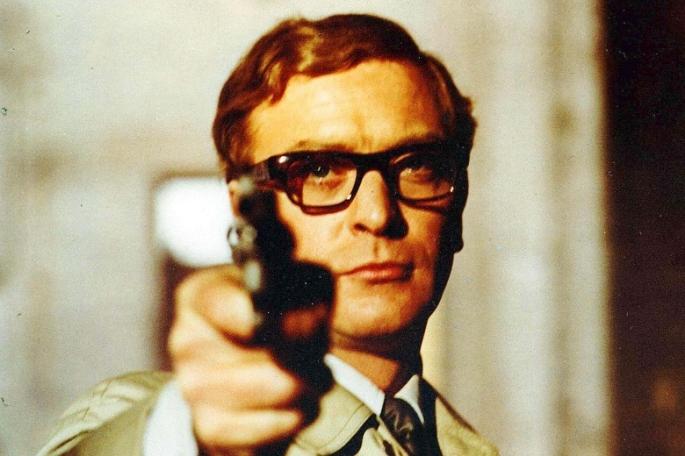 Third was, what else, Alfie, for which Caine received his first Oscar nomination. 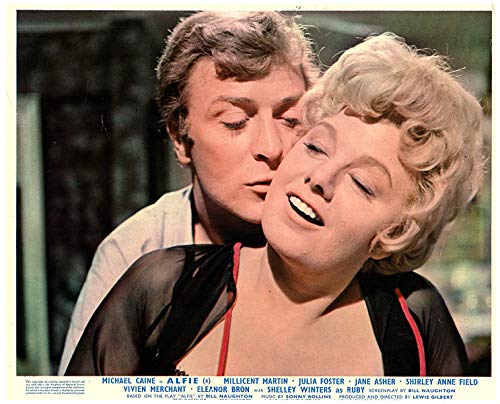 No, Caine did not have an affair with costar Shelley Winters during the making of 1966’s Alfie. In fact, the two didn’t communicate especially well during shooting. Writes Caine: Shelley Winters told me that (because of the Cockney playboy title character’s heavy accent) she hadn’t understood a single thing I’d said to her … and had resorted to just watching my lips to know when to come in on cue.”

As for the What’s It All About Alfie? song by Burt Bacharach, played over the movie’s closing titles, it was written long after production and only after the composer saw the movie’s American preview.