Again we ask the question: has any classic movie actress so indelibly dominated movies, recordings, live performance and Las Vegas so effectively and so glamorously over decades than the subject of yesterday’s Monday Quiz — Marlene Dietrich?

Her unforgettable vocalizing of the most effective anti-war hymn of all time — it was also her nickname, “Lili Marlene” —  as well as her bravery as a German-born entertainer openly and frequently serenading American troops during World War II assures her a substantial niche in history.  As do her more than 50 movies  — 33 Hollywood titles — spanning 55 years.

John Wayne once confided that his most memorable sexual encounter was with la Dietrich in a Rome hotel room.  What better endorsement do you need?

What do you know about this classic international star? To find out, please scan these answers to yesterday’s quiz. (To refresh yourselves about the questions, just scroll down to our Monday blog.)  We have been inspired here by author Charlotte Chandler’s 2001 tome, Marlene: A Personal Biography.

2) Answer: a) and b).  A rival producer tried unsuccessfully to get the rights to The Blue Angel as a vehicle for Louise Brooks.  “It would have changed my life,” the American actress said later. Dietrich’s costar, Emil Jannings, preferred German actress Lucie Mannheim, best known for her later role in Alfred Hitchcock’s original 1935 version of The 39 Steps.

3) Answer:  b) False.  While The Blue Angel was a big hit in Europe in German, it’s U.S. playoff in English was a flop. It wasn’t until Dietrich’s first Hollywood film, 1930’s Morocco, became a box 0ffice hit (making her a big star) that the original German-language Angel successfully released in America.

5) Answer:  c). Dietrich was called “Paul” because, her mother said, it was the name your father chose for you…we were expecting a boy.

6) Answer:  Ok, this was a bit of a trick question.  The answer is all options. Marlene loved to design hats, cook, fancied helping people in distress and studied the violin as a young girl.  Fortunately, she chose acting.

7) Answer:  Another trick question.  Dietrich had affairs of varying duration with all choices:  James Stewart, John Gilbert, Douglas Fairbanks Jr. and John Wayne. All the while she maintained a marriage with her one and only husband, Rudi Sieber.

8) Answer:  a) True. Dietrich told Fairbanks that she was von Sternberg’s “creation.”  Author Chandler reports that under his skillful tutelage in lighting, cinematography, makeup (not to mention that diet and exercise regimen), Dietrich blossomed into an “insoucant blond goddess.” The director and Marlene made six films together, cementing her stardom.

10) Answer:  b) False.  But Edith Piaf and Dietrich did promenade down Paris’ Faubourg Saint-Honore with their arms linked.  They were stared at. 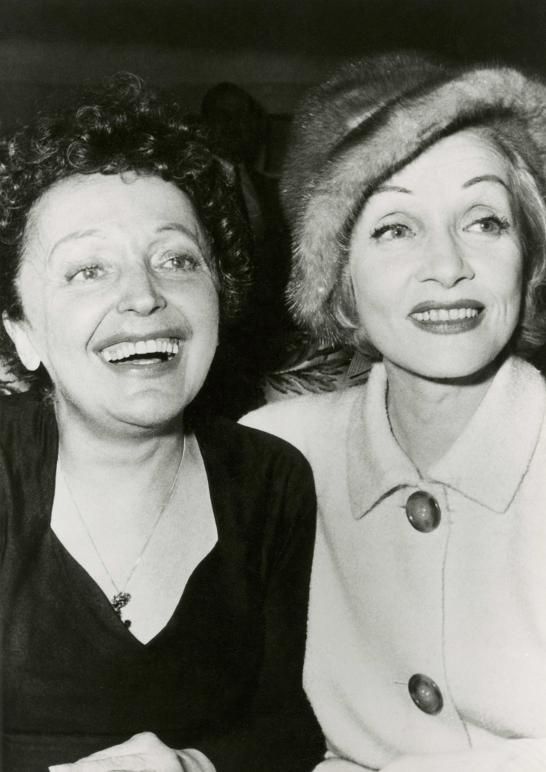