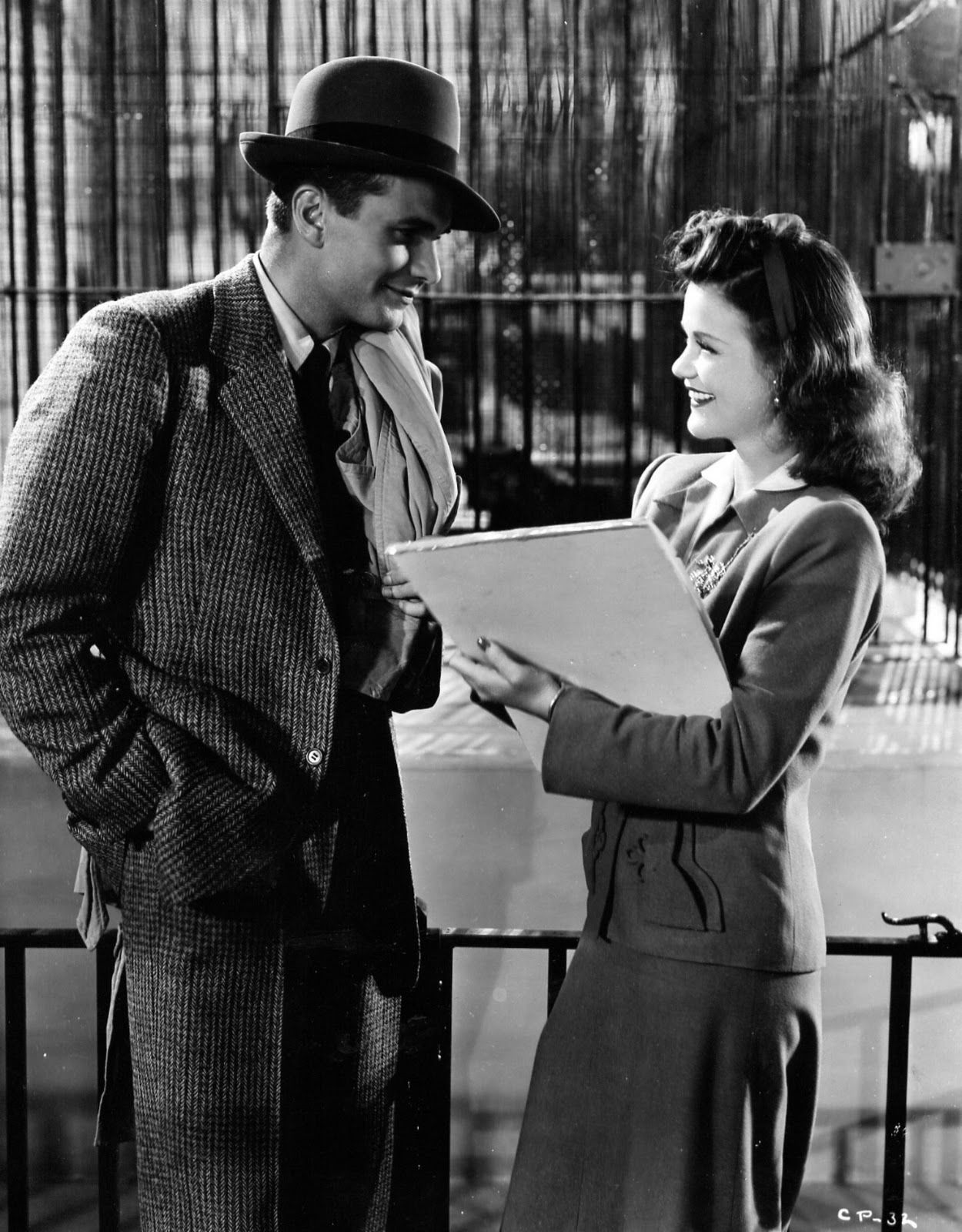 There’s our man, Kent Smith, introducing himself to French actress Simone Simon at the beginning of the superbly made, Cat People, a 1942 horror feature from RKO producer Val Lewton, who churned out a series of low-budget features — in effect, making a cinematic silk purse out of sow’s ear in each case.

(That’s Lewton below with Boris Karloff on the set of  another underrated gem, 1946’s Bedlam.) RKO was fond of Lewton since his pictures, brought in at rock bottom prices, generally were big box office hits.  Certainly, Cat People was that. 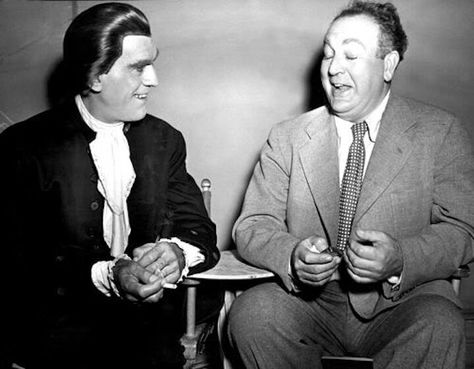 Among other things, Smith’s smooth performance in Cat People established a prototype of sorts for playing good guys onscreen.

Smith’s character, marine engineer Oliver Smith, is an ideal romantic partner: modest, self-effacing, considerate, patient. For all this, of course, Reed is returned with nothing but grief — a sexless marriage to a mysterious Eastern European woman whose hold on reality is alarmingly out of whack. Still, Smith’s portrayal make Reed sympathetic and totally credible throughout.

The same could be said of his performance in the followup to Cat People, 1944’s The Curse of the Cat People.  Here Smith portrays a concerned, loving parent whose young daughter’s  imaginary friend is a cause for alarm.

Forget the movie’s cheesy and misleading title.  Curse stands as one of the most tender films about childhood ever made.  Despite the genre it is facilely consigned to, it is anything but horrible.

Ok, on to the answers to our Kent Smith Quiz:

1) Question: Despite his generic surname and affably handsome appearance, Smith was really a big city, kid-off-the-street type who landed in Hollywood almost by accident.  a) True; or b) False?

Answer:  b) False. Smith was born in New York City in 1907, and had a pretty affluent start. After graduation from boarding school Philips Exeter Academy, he attended Harvard and eased into theatrical work in off periods. By 1929, he was something of a fixture on the Broadway stage, working opposite the likes of  Lillian Gish, Katherine Cornell, Blanche Yurka and Ethel Barrymore. Although he made one film in 1936, it wasn’t until the Forties that his Hollywood career took on steam. (Cat People was just his third feature.) In the latter part of his career, Smith worked heavily in television.  He died of heart disease in 1985. He was 78.

2) Question: Which one of the following did NOT costar with Smith in a movie? a) Jane Wyman; b) Dorothy McGuire; c) Susan Hayward or d) Patricia Neal.

Answer: Ok, we just can’t help ourselves. This is another of our trick questions.  Smith at various times worked with all four actresses.

3) Question: Smith pursued French actress Simon in Cat People, but who did he pursue in that movie’s sequel, 1944’s Curse of the Cat People? a) Jane Greer; b) Jane Russell; c) Jane Wyatt; or d) Jane Randolph.

Answer:  d) Jane Randolph, one of our favorite underrated actresses who, it is implied, began a romance with Smith’s character in Cat People.  She plays his understanding wife in The Curse of the Cat People.  (There’s the happy family pictured above.)

4) Question: Smith had a solid supporting role as an architect in the 1949 big screen version of The Fountainhead. Who did he try to romance in this picture? a) Patricia Neal; b) Patricia Morison; c) Patricia Medina; or d) Patricia Kennedy.

5) Question: Smith played a substantial supporting part in the only authorized movie version of a J.D. Salinger work. Can you name this movie?  (Hint: it was released in 1949, and won an Oscar nomination for its leading lady.)

Answer: My Foolish Heart, based on the J.D. Salinger short story, Uncle Wiggly in Connecticut.  The star is Susan Hayward.