John Ford officially triumphed in several screen genres but not for his many westerns. He won an Academy Award four times but never for a western.

His ageless classic Stagecoach was nominated in the 1940 sweepstakes but something titled Gone With The Wind got in the way.

We can debate why this general situation was so.  We suspect official Academy Award members condescended to westerns as strictly commercial entertainment, designed for the masses.  Certainly not the stuff of Oscar-worthy art Hollywood style.

By the late classic studio period, in the Fifties and Sixties, this perception changed.  Westerns were dolled up with bigger budgets, wide-screen presentations and such doo-hickies as overtures and entr’acts (intermissions). All these were mounted, of course, with box office ambitions.  Casts were large and stars were plentiful.  Ford himself participated in one such exercise via 1962’s How The West Was Won, which boasted a top line of John Wayne, James Stewart, Gregory Peck and Henry Fonda.

Which brings us to 1964’s Cheyenne Autumn, Ford’s farewell western. (The director died nine years after the movie’s release at the age of 79.)

It tells the story, set in the late 1870’s, of the Cheyenne Indian tribe’s grueling journey from a bleak outpost in Oklahoma, where they had been warehoused by the Federal government for more than a year, to ancestral hunting grounds in Wyoming. Thanks to a string of broken government promises, the frustrated Cheyenne made the journey without adequate food and supplies. As a result about 70% of the tribe was wiped out by the end of the trek.

Ford presents the government’s mishandling vividly, unstinting in depictions of the abuse heaped on the Native Americans by Federal cavalry troops. Richard Widmark plays a heroic Cavalry captain repulsed by what he witnesses. Carroll Baker plays a virtuous Quaker schoolteacher. Edward G. Robinson is a maverick good guy as Secretary of the Interior. Karl Malden is on hand as a duty-bound military man who follows orders no matter the consequences.

What would have a tough time passing muster in today’s politically correct Hollywood, various actors play Cheyenne tribesmen: Sal Mineo is a troublemaking Indian roustabout who takes his shirt off often; Dolores de Rio is a Cheyenne wisewoman; and Riccardo Montalban is a tribe leader. (Word is that Mineo was deprived dialogue in the picture because Ford loathed his Bronx accent.) That’s Ford below. 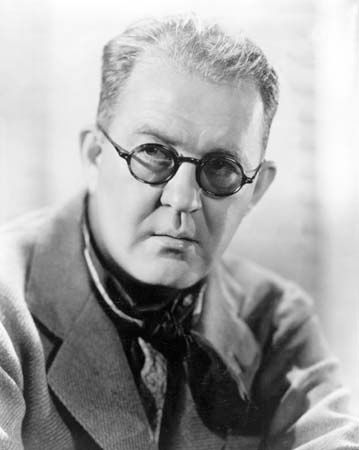 It should be said that the story here is not paramount.

Ford takes many liberties including a long cinematic non-sequitur which has James Stewart showing up as Wyatt Earp playing poker with Doc Holliday (Arthur Kennedy) and a top-hatted John Carradine. The digression is amusingly light hearted but contrasts awkwardly to the grueling parallel story being told.

What makes Cheyenne Autumn is its visual splendor.  The picture looks beautiful, scene after scene.  It was largely shot, not surprisingly, in Ford’s favorite grounds in Monument Valley bordering on the Arizona-Colorado border.  Rarely has natural setting been caught onscreen with such vigor.

If one is looking for an informal tutorial on what made Ford a master of pictorial composition and framing, one should turn to Cheyenne Autumn.  It’s not great Ford but it is very, very good — and that’s a lot.