Yup, you nailed it.  There’s Jane Powell above with her Seven Brides for Seven Brothers

costar Howard Keel. (There they are in later years below.)

The movie is rightly considered one of the finest musicals Hollywood ever made, and solidified stardom for both Powell and Keel. The two later replayed their roles in a stage revival. Seven Brides for Seven Brothers was nominated for a best picture Oscar but lost out to On The Waterfront.

Keel and Powell remained friends until his death in 2004  at age 85. Jane is still very much with us at 89.

Trivia tidbit: Did you know that Jane appeared in a non-musical role in Universal’s 1958 drama, the Female Animal.  It was Hedy Lamarr’s last movie.

Ok, on to the answers to our Jane Powell Quiz.

1) Answer: Jane famously appeared with Fred Astaire in 1951’s memorable musical, Royal Wedding. Directed by Stanley Donen, the chief characters are drawn from Fred and Adele Astaire, whose longtime brother-sister dance act originally made a splash in New York before migrating to London in he early 1920’s where it made an even bigger splash. (Fred’s Hollywood career commenced after his professional separation from sister Adele.) In Royal Wedding, Fred pulls off his usual terpsichorean pyrotechnics including dancing with a hat rack and on the walls and ceiling of his hotel room. What is a bit of a surprise is how well Powell keeps pace with the master.

3) Answer:  Jane’s male costar is Tony Martin. The musical was Hit The Deck.

4) Answer:  Ok, we couldn’t resist. This is another of our trick questions.  Fact is that ALL of the above attended “the little Red Schoolhouse” at MGM with Jane.

5) Answer: Jane’s fifth marriage was to former child actor Dickie Moore.  He was terrific in 1947’s Out Of The Past

as the deaf-mute “kid” steadfastly serving Robert Mitchum through thick and thin. 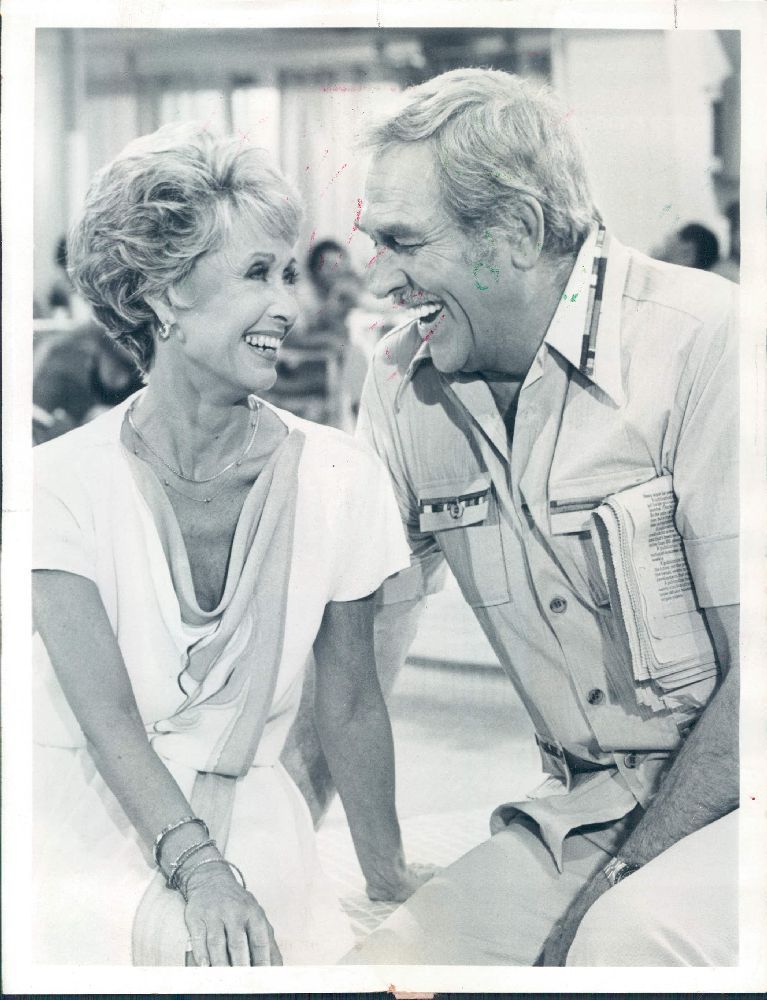