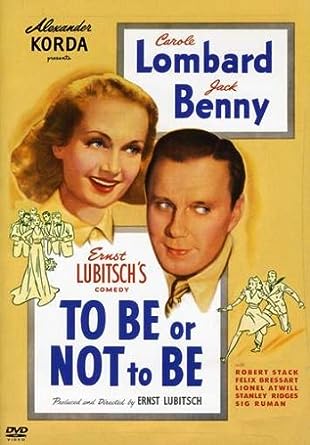 Although he made his enormously successful mark on radio and later TV, comedian Jack Benny also made some interesting movies.

Not a ton but enough, including the Ernst Lubitsch comedy posted above.  (If you haven’t seen it lately, give yourselves a treat and do so ASAP.)

The Jack Benny of legend is the man pictured above culled over more than 40 years from his great radio career (starting in 1932) to his transition to television (he enjoyed a weekly CBS series from 1950 to 1965).  Benny died in 1974 at the age of 80.

His movie career, such as it was, was wedged over some two decades. Cinema was the one medium in which he had not been entirely successful, wrote British critic David Thomson. In vaudeville, on stage, on radio and television, Benny had become an American institution.

From 1929 to the late Fifties, Benny appeared — often in walk-ons as himself — in some 40 titles. A handful stand out today.

Let’s see how much you know about Jack Benny, movie star.  As usual, questions today and answers tomorrow. Here we go:

1) Question: Opposite Carole Lombard in the 1942 Lubitsch film pictured above, (considered Benny’s best), he plays:  a) An inept Nazi officer; b) A ham Hamlet in Warsaw under the Nazis; c) Adolph Hitler; or d) all of the above.

4) Question: Which one of the following did NOT costar in a Jack Benny picture? a) Priscilla Lane; b) Alexis Smith; c) Ann Sothern; or d) Ann Sheridan.

5) Question: What specific thing does Benny have in common with Fanny Brice, Laurel and Hardy, Edgar Bergen and Abbott & Costello? a) All are film comics; b) All were reputed to be major-league cheapskates; c) All were underpaid given their star status; or d) All have had commemorative U.S. postage stamps issued in their honor.