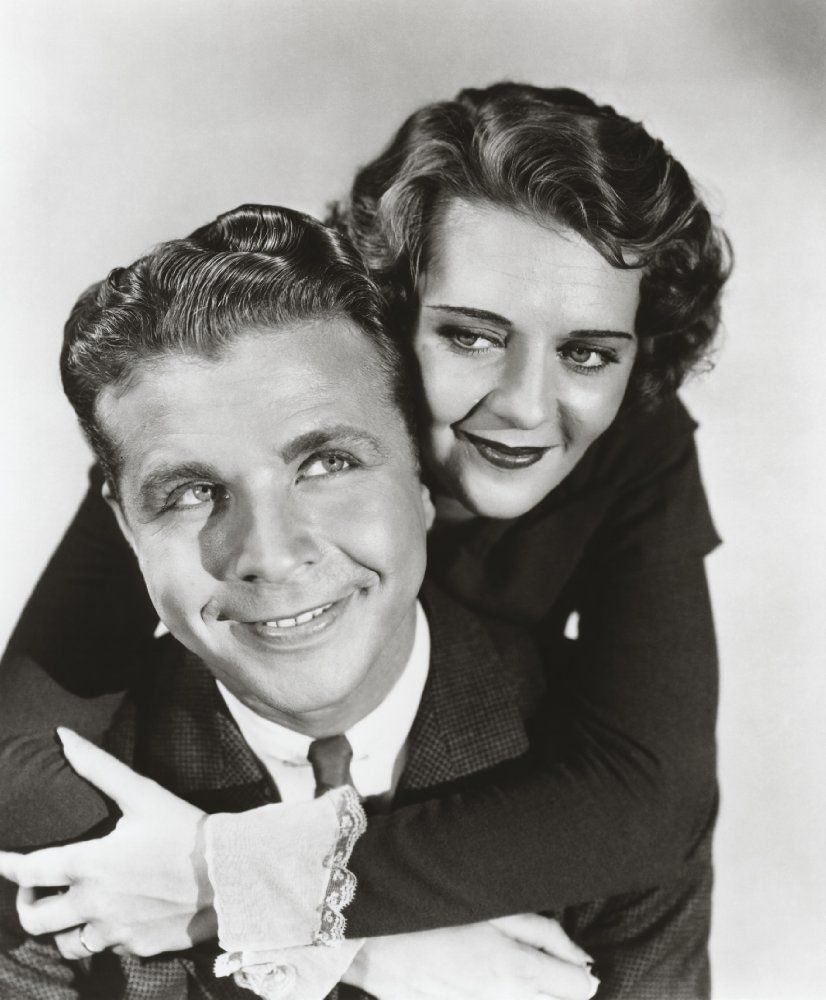 After that one film Dick Powell had changed his career path. There he is above with his top co-star of the early 30s (a dancer by the name of Ruby Keeler; well, she was billed as a dancer!). And below is a publicity shot from his radio days.

But when his career was faltering in the mid 1940s he took a dramatic step, literally, and switched images…. it worked and he was now cast as Raymond Chandler’s enduring creation, the hard boiled detective Philip Marlowe

Of course the studio had to change the name of the movie from Farewell My Lovely, the original title of the Chandler source material.  The preview audiences thought they were going to see a typical Powell musical when they heard Farewell My Lovely, and so RKO decided on Murder My Sweet.

A new image was born.

Arkansas-born Powell had earned his hoofer’s bouncy energy honestly. His career started when he was hired during the 1920’s as a vocalist with the Charlie Davis Orchestra out of Indiana. The ensemble, very popular for a time, disbanded in 1929.

Powell’s early Thirties screen career is dotted — among much else happy fare — with such tuneful items as 42nd Street, Gold Diggers of 1933, Flirtation Walk, Naughty But Nice and Happy Go Lucky. He was captured, British critic David Thomson writes, as the wide-eyed hoofer, face alight with lewdness tunnelling through the splayed legs of Busby Berkeley’ chorines.

Then, as mentioned, the rough stuff arrived.

By 1948, Powell found himself  squaring off against Lizabeth Scott, the tough femme fatale who was his costar in 1948’s Pitfall.  He plays a mild mannered insurance agent dismissed by Scott, who takes one look and declares, “you’re a little man with a briefcase.”

(The actor had better luck offscreen. Although his marriage to Joan Blondell ran from 1936 to 1944, his marriage to  June Allyson, his third and final, ran from 1945 to his death — the circumstances of which is still fodder for morbid Hollywood speculation. See below.)

After the suceess of Murder, My Sweet, Powell had a roughly six year run as a straight actor. Best of the generally mediocre lot was Vincente Minnelli’s 1952 beauty, The Bad and the Beautiful.  Powell is part of an exceptionally glittering cast topped by Kirk Douglas and Lana Turner.

He became a tv producer of note (in conjunction with Charles Boyer, Rosalind Russell and Joel McCrea), had long runs with Dick Powell’s Zane Grey Theater and, from 1961 through 1963, The Dick Powell Show, an anthology of action-adventure films. And he also made his mark as a film director.

In the summer of 1954, RKO’s The Conqueror, a period epic with John Wayne and Susan Hayward, began filming under Powell’s direction. It was the second of the actor’s six stints behind the camera.

The location was Saint George, Utah, a town fanned by radiation from multiple above-ground atomic blasts in the adjacent Nevada desert during that period.

One of the largest of those blasts had spawned a wind dubbed ‘Dirty Harry,’ which had swept across the desert in 1953, dropping radiation everywhere. In addition…tons of contaminated earth had been shipped back to Hollywood for further shooting, thereby prolonging the actors’ exposure,” according to a 1980 biography of Hayward by Beverly Linet.

What is indisputable is that Wayne died of cancer.  So did actor-director Powell (of lung cancer on Jan. 2, 1963, at age 58). As did Hayward and costar Agnes Moorehead, and several others connected to the filming of “The Conqueror.”