ANOTHER STEVENS — Craig — Reminds Us of a SMITH

May 22, 2019Written by Joe Morella and Frank Segers
1 Comment

Who would ever consider that a movie star of the Golden Era could be named Smith?

No, no… it’s Lamour, Lamarr, Garbo, Fairbanks, Astor, Montez, something either exotic or classy. But Smith? Of course there was a Jones. So why not a Smith?

Well, at lease she had an exotic first name — Alexis.

She starred opposite some of the era’s top male stars — Flynn, Bogart, Boyer, Gable, Crosby.

But Smith’s most significant leading man was Craig Stevens, whom she worked with 1941’s Steel Against The Sky. The pair married in 1944 (see photo below), and remained husband-wife until 1993, the year Smith died of brain cancer at the age of 72. That marital longevity must mark some sort of Hollywood record. 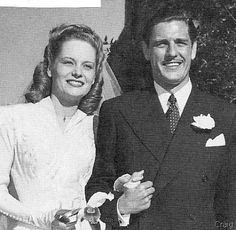 Stevens (who outlived his wife by seven years) is probably best remembered today as the star of the private eye tv series, Peter Gunn, created and produced by Blake Edwards, which ran on NBC-TV for two seasons (1958-59) followed by another on ABC-TV. 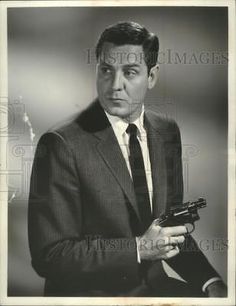 When her movie career sputtered, Smith took enthusiastically to the stage. She and Stevens, together and separately, toured in road companies of several Broadway hits. Her singing and dancing role in the early 70s in Harold Prince’s production of Steven Sondheim’s Follies landed Smith on the cover of Time magazine, a very big deal at the time.

Not bad for a woman named Smith.