She started out in the 30s, in some pretty big films, such as 1938’s You Can’t Take It With You and 1937’s Stage Door, then retreated to B films at Columbia, but got herself over to MGM and worked her way up to stardom.

Beginning with Easter Parade in 1948 and continuing on through the 50s Ann Miller was the studio’s go-to girl.

She topped this off with a brilliant late career burst when she and fellow MGMer Mickey Roony took to the stage in 1979’s Sugar Babies. 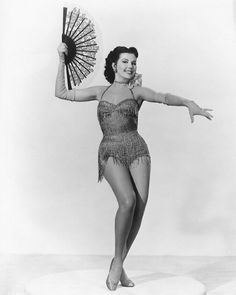 Miller came from a hard-scrabble Texas back round, and had to financially support her mother early in her career (her parents divorced when she was nine). She took on various dancing jobs in Hollywood in the early Thirties before RKO, one of our very favorite studios, signed her as a contract player thinking she was 18 (she wasn’t; Miller at 14 had faked a birth certificate).

In 1939, she appeared on Broadway in George White’s Scandals, and made a significant splash. Columbia Pictures picked up her contract and plunked her in a number of World War II morale boosters — including 1942’s True To The Army and 1943’s Reveille With Beverly

MGM stepped significantly into Miller’s career in the late Forties and used her wisely in several of the period’s best films: the as mentioned Easter Parade, 1949’s On The Town and 1953’s Kiss Me Kate. 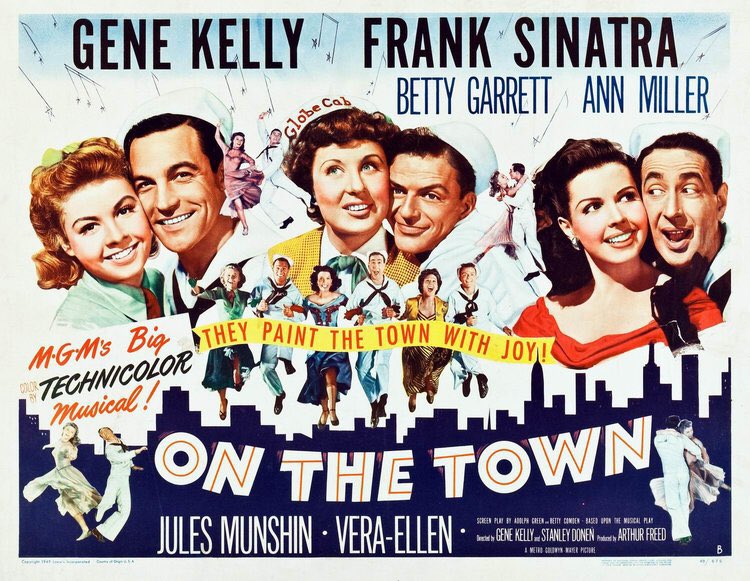 Miller was known principally for two things:  her long legs and her astonishing way with fast tap dancing routines.

For this reason it’s interesting to note who Miller most admired as a movie dancer. Answer:  Eleanor Powell.  Although Joe never met Eleanor Powell he did interview Ann Miller several times over the years. Miller told him she considered Powell the best tap dancer ever.

Miller’s movie career wasn’t especially prolific by classic Hollywood standards — just under 50 credits over some 65 years.  Her last big screen outing — David Lynch’s 2001 mystery, Mulholland Drive — is a beauty, and Miller is solid in it as a blowsy but level-headed landlady (named Coco) with words of down-to-earth wisdom for a young female tenant (Naomi Watts)  on the loose. 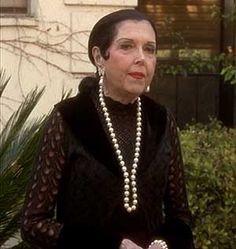