‘ Beyond A Reasonable Doubt’ — Beyond En 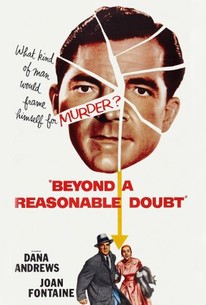 The factories that Hollywood studios became in the Thirties, Forties and Fifties — a phenomenon regarded today with mixed feeling — ground out films designed to “entertain.” Little did they know. Take RKO — perhaps no studio generated out more modestly interesting titles intended to be strictly crowd pleasers but which turned out to be […]