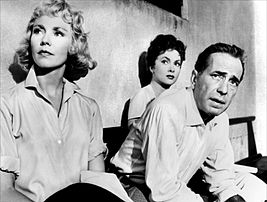 Let’s start with this question: How can you resist a picture that (1) began production a week late, awaiting the arrival of the leading man’s false teeth; that (2) featured a principal character whose surname sounds suspiciously like “Dan Rather”; that (3) was directed by a distinguished veteran who literally fell off a cliff, martini […]